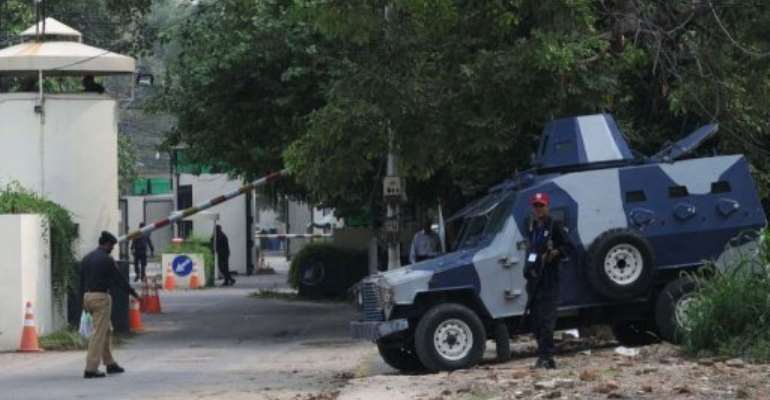 Pakistani security guards the US consulate in Lahore on August 5, 2013. By Arif Ali (AFP)

WASHINGTON (AFP) - The US State Department on Tuesday ordered all non-essential staff out of Yemen and told Americans to leave the country "immediately" over terrorism concerns.

The latest warning comes after the closure of some two dozen US missions across the Middle East and Africa and reports of intercepted messages from Al-Qaeda's top leader ordering its Yemen franchise to carry out an attack.

"The US Department of State warns US citizens of the high security threat level in Yemen due to terrorist activities and civil unrest," it said in a statement.

"The Department urges US citizens to defer travel to Yemen and those US citizens currently living in Yemen to depart immediately."

It said it had "ordered the departure of non-emergency US government personnel from Yemen due to the continued potential for terrorist attacks."

The statement said the "threat level in Yemen is extremely high" because of the potential for both terrorist attacks and civil unrest.

"Terrorist organizations, including Al-Qaeda in the Arabian Peninsula (AQAP), continue to be active throughout Yemen," it said.

"The US government remains highly concerned about possible attacks on US citizens (whether visiting or residing in Yemen), and US facilities, businesses, and perceived US and Western interests."

AQAP is believed to be one of the most sophisticated groups spawned by the terrorist network founded by Osama bin Laden, and has attempted a number of attacks against the United States in recent years.

The State Department warning came hours after a US drone strike killed four suspected Al-Qaeda militants in Yemen. It was not immediately clear if the two developments were linked.

US officials rarely discuss the covert drone program in Yemen, and could not immediately be reached for comment.

US media have reported that the overseas missions were closed after intelligence agents intercepted messages from Al-Qaeda leader Ayman al-Zawahiri to AQAP leader Nasser al-Wuhayshi calling for an attack as early as last Sunday.