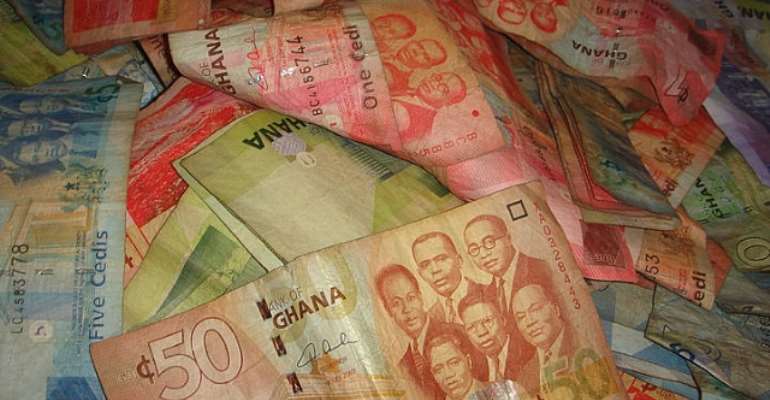 The Monetary Policy Committee of the Central Bank of Ghana has held its 56th press briefing during which the country's latest economic developments and risks as well as its decision on the policy rate were announced.

Dr. Henry Kofi Wampah, the Bank of Ghana Governor, announced that the Committee after carefully analyzing the current economic development and risks of the country, is of the view that monetary policy stance is appropriate and therefore decided to maintain the policy rate at 16 percent.

Preliminary data on Government Fiscal Operations for the first half of the year indicate that, both revenue and expenditure were below their respective targets for the period with the budget recording an overall deficit (cash basis) of 4.5 percent of GDP which was within target for the period.

Total revenue and grants he said was GH¢9.5 billion, against a target of GH¢10.6 billion of which domestic revenue amounted to GH¢9.0 billion, below the target of GH¢9.8 billion.

Total tax revenue amounted to GH¢6.7 billion, compared to the target of GH¢7.7 billion. This was as a result of underperformance of almost all the tax types, reflecting lower imports and energy sector challenges. Grant disbursements amounted to GH¢507.6 million, 41.8 percent below target.

The Governor disclosed that Non-tax revenues for the period amounted to GH¢2.2 billion, higher than the budgeted target of GH¢2.0 billion.

Total expenditures, including payments for the clearance of arrears and outstanding commitments for the first half of 2013 amounted to GH¢13.5 billion, compared to the target of GH¢14.6 billion.

He said that the deficit of GH¢4.0 billion (4.5% of GDP) was financed mainly from domestic sources, resulting in a Net Domestic Financing (NDF) of GH¢3.0 billion, lower than the budget target of GH¢3.2 billion. Foreign financing of the budget amounted to GH¢1.0 billion.

On Monetary and Banking Sector Developments, Dr. Wampah hinted that the pace of expansion in monetary aggregates moderated in the first half of 2013 as broad money (M2+) grew by 14.2 percent in June 2013, compared with 34.2 percent in the same period last year.

''This was largely driven by a sharp drop in the annual growth of foreign currency deposits to 1.8 percent in June 2013 compared to 47.3 percent in the same period in 2012'' he attributed.

He announced that the Sector performed well during the first half of the year, with increased competition, asset growth, improved liquidity and profitability.

Total assets of the banking industry as at the end of June 2013 increased to GH¢30.6 billion, compared with GH¢24.6 billion in June 2012. This he added was driven mainly by advances, which accounted for 44.7 percent of the total. The asset growth was mainly funded by deposits which recorded an annual growth of 13.3 percent to GH¢20.4 billion at the end of June 2013.

The new Base Rate formula, which seeks to ensure transparency and uniformity in loan pricing in the banking industry, became operational during the period. Banks have fully complied with the new framework, with the industry average base rate declining by 3.0 percent.