Asante Was Too Poisonous For Us – Fus Rabat Coach Jamal Sellami 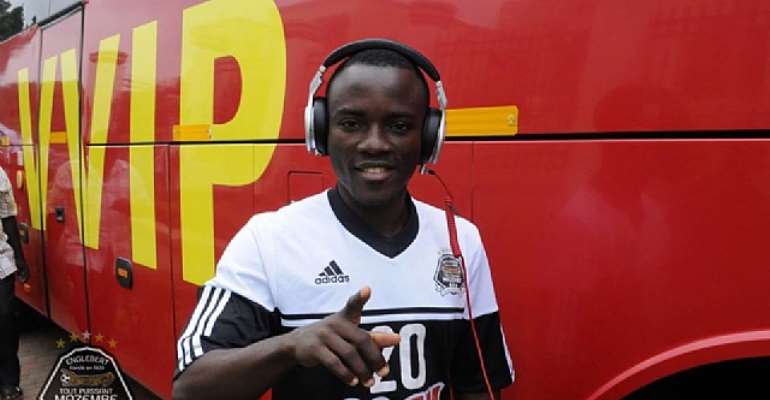 Solomon Asante was in delightful form for Mazembe

By Akyereko Frimpong Manson
FUS Rabat coach Jamal Sellami has attributed his side's humiliating 3-0 defeat to TP Mazembe in the CAF Confederation Cup solely to the form of Solomon Asante.

The 22-year-old wing-man exposed the Moroccans' defence in the 6th minutes world class finish and set up two other goals for Mbwana Samata and Cheibane Traoré in the 12th and 55th minutes respectively.

FUS were reduced to a grotesque side that show little quality against their Congolese hosts at the Kamalondo City in Lubumbashi – the agent, a pocket-size wing-wizard who was continuously at work all afternoon.

Though Jamal Sellami, the FUS coach had a plan in place to keep the Ghana international at bay but he was always elusive on the flanks causing them to resign to the fate of the afternoon.

And the former Moroccan international says Solomon Asante was solely responsible for his side's defeat at the Stade du TP Mazembe.

“We mapped a strategy to handle him but he was too difficult. Anytime he went with the ball with was difficult to catch him because he is quick and nimble-footed and there was nothing we could do,” he said after the game in Lubumbashi.

Ghanaian duo Richard Kissi Boateng and Gladson Awako also featured in the game for Mazembe who have assumed leadership of Group B after the win.