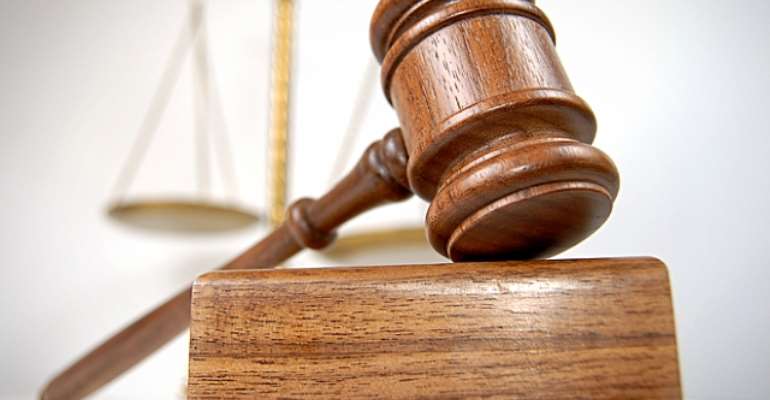 In default of the fine, she would serve three weeks imprisonment in hard labour.

She pleaded not guilty.
The Court issued a bench warrant for the arrest of her husband, Frank Newman,who is jointly charged with her but failed to appear before the court.

Prosecuting, Mr. Francis Tetteh of the District Environmental Health Department, said the couple who were resident at Ohiamadwen failed to attend communal labour organized by the chief, Assemblyman and the Unit Committee on three consecutive occasions in October and November last year.

He said the communal labour was to clear the community farm and a site for a proposed community toilet facility, but the couple absented themselves without permission or reason.

Mr. Tetteh said the community fined the couple 5 Ghana cedis each for each day that they absented hemselves in accordance with its bye-laws but they failed to pay the fine.

He said the Assembly member reported the behaviour of the couple to the District Environmental Health Officer who invited them to discuss the matter, but they failed to keep the appointment.

Mr. Tetteh said the couple were charged and arraigned after investigations to serve as a deterrent to others.

In her plea for mitigation, Monica said she and her husband do not understand the local dialect which was used to make the announcement for the communal labour.