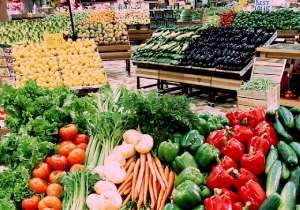 Food Sovereignty Ghana, an advocacy movement , has slammed Ghanaian legislators for unanimously passing the Bio-safety Act to make room for Genetically Modified foods in the country.

The movement said despite the hostility between the opposition New Patriotic Party and the ruling party, the National Democratic Congress , they agreed to pass the Act, which 'most Ghanaians are strongly opposed to'!

A statement issued by Ali Masmadi Jehu-Appiah, Chairperson of the organisation and copied to Ghana News Agency in Accra on Tuesday, said Ghana should reject Genetically Modified( GM) foods in the light of the announcement by Monsanto Corporation, to withdraw applications for Genetically Modified Organisms (GMOs) in the Europe Union.


It said the corporate entity took the decision because of non-acceptance on scientific grounds and rejection by civil society.

The statement said this position was strengthened by the recent recommendations by the Technical Experts Committee of the Supreme Court of India.

'It must be recalled that India was one of the countries which embraced genetic engineering in their agriculture. Thus they have enough experience to draw the appropriate lessons and evaluate its usefulness for their people and their environment.

'What they have to say about it should be of interest to us... in Ghana. It is therefore highly significant that a scientific committee comprising some of the best brains in India is recommending an indefinite moratorium on GE crops, ' the statement said.

'We take this opportunity to reiterate our call for a moratorium on GM foods in Ghana'.

The statement said there are amazing disease resistance breakthroughs that do not require GE technology.

'Despite the public relations efforts of agribusinesses and the scientists... to promote GMO as key to increase food production, there is much evidence showing that GMO's have not contributed to major yield increases, nor drought resistance, and has generated superweeds and superbugs that require increased use of even more dangerous herbicides and pesticides.

'The vast majority of current GMO crops are used for animal feed, not for people. Then people eat the GMOs when we eat those animals.'

The statement said the irrevocable contamination of the food chain with genetically modified organisms is an unconscionable horror that must not be allowed to happen to Ghana 'and we call upon every Ghanaian who eats food to remain vigilant and to demand democratic accountability from their elected representatives'.

'We call on the President to do the right thing and to impose an indefinite moratorium on GM foods in Ghana until it is clear that such an irrevocable step is absolutely crucial for our survival, and not simply a highly misconceived business venture by some unscrupulous corporations who, being turned away by India and Europe, have no qualms about now using Ghanaians as Guinea pigs, for their private profits,' the statement said.