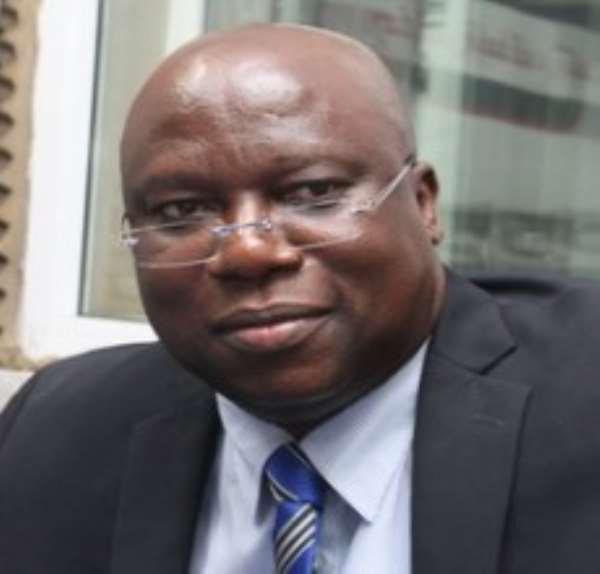 Mr. Joseph Kobina Ade Coker, chairman of the Greater Accra regional wing of the ruling National Democratic Congress (NDC), has denied allegations he was leading agitations against President Mahama's dismissal of some 33 appointees in pursuit of the interests of persons from whom he and his executives may have allegedly collected bribes.

That is unbelievable and impossible, he forcefully told his host on Radio Gold on Thursday.

'How can somebody bribe me or bribe my officials? It's not true, not at all, not at all. How much bribe can you take to give the person appointment? … That is something that people should not contemplate, at all. My members are noble men, they are honourable men, and we've discharged this duty to the best of our ability…', he stressed.

Ade Coker was responding to allegations that he was leading a rebellion against the president's decision and in the process destroying the ruling party.

President Mahama recently refused to renew the appointments of some 33 metropolitan, municipal and district chief executives (MMDCEs) and consequently directed them to hand over their offices.

A wave of protests and misgivings have trailed the decision, and the Accra regional NDC, led by the chairman, have been most vocal in what Ade Coker explains to be their efforts in relaying to the president the grassroots sentiments.

On Radio Gold, he told his host, Alhassan Suhuyini that while the duty of appointing and dismissing MMDCEs remained the prerogative of the president, the party, being closer to the persons to be appointed or 'disappointed', owed it a duty to counsel the president or they may be failing in their duty.

He claimed that following the president's decision, there were undercurrents within sections of the regional party, heralded by warnings of demonstrations from the Tema Metropolis, and then Ashaiman and Ga West.

A regional executive meeting therefore reached consensus to alert the presidency of the misgivings, he said, wondering how democratic disagreements within a party could be said to be destroying the party.

All the party executives have done, he pointed out, was to appeal to the president to review his decision, in consonance with constitutional principle for even the Supreme Court of Ghana to review its decisions.

According to Ade Coker, the regional executives had, through the vetting of applicants, fully participated in the selection process of the president's appointees, but if misgivings followed the ultimate appointments, the party was duty bound to notify the appointing authority. That exercise should not therefore be construed to be taking on the president who has a national mandate to manage the country.