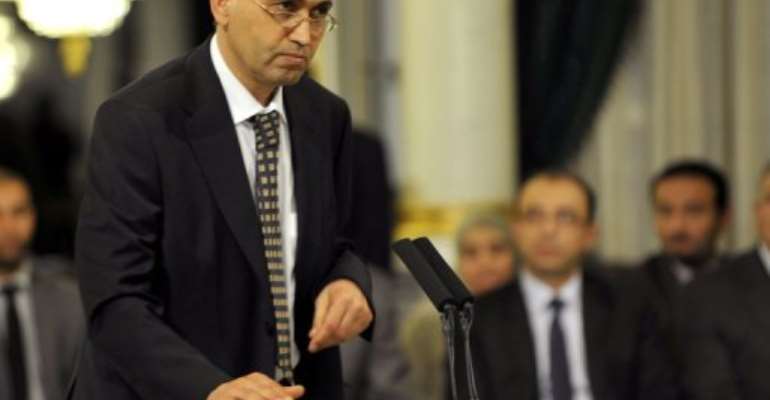 Tunisian Education Minister Salem Labiadh takes an oath of office on March 13, 2013 at the Carthage Palace in Tunis. By Fethi Belaid (AFP/File)

"He officially submitted his resignation but, after consultations with (Prime Minister) Ali Larayedh, agreed to stay in place until the political horizon clears up," Zbidi said.

Labiadh was close to opposition figure Mohamed Brahmi, who was assassinated on Thursday.

That killing, the second assassination of an opposition head since February, has fueled growing calls for the resignation of the coalition government headed by moderate Islamist party Ennahda.

Many Tunisians blame the government for the two killings, particularly for failing to rein in radical Islamists accused of a wave of attacks since strongman Zine El Abidine Ben Ali was toppled in a popular uprising in 2011.

Ennahda is seeking to defuse the crisis by calling for a new national unity government that would include more parties.