Gov't must be decentralized - Dr. Jonah 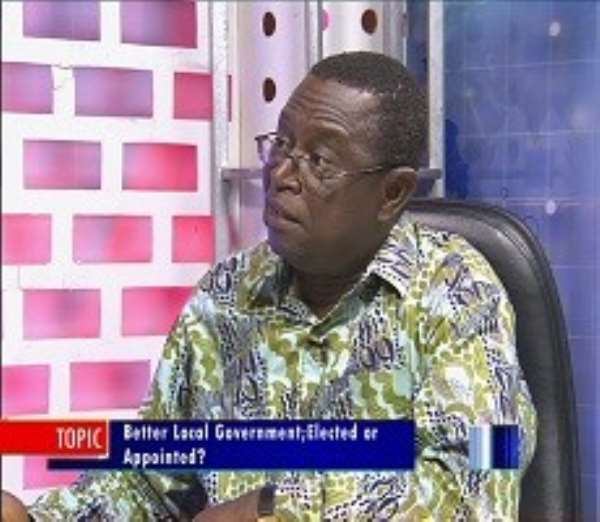 Dr. Kwesi Jonah, Senior Research Fellow at the Institute for Democratic Governance, (IDEG), has expressed concerns about the levels of control within government, saying “there is far too much control within the government.

He believes Ghana's government structure should become decentralized, recognizing the dissatisfaction among people regarding the appointing of officials.

Speaking on JoyNews Current Affairs Programme: PM Express, Dr. Kwesi Jonah lamented the situation where the District, Municipal or Metropolitan Chief executives, along with thirty percent of the members of assembly for example, are all appointed by the president.

He pinpoints the problem as people not having the power to elect their own chief executives.

Dr. Kwesi Jonah said District Chief executives aren't receiving support from local people because these people are unhappy with them being appointed. This support, he claims, is necessary for the assemblies to function properly.

In addition to this problem, he said, the appointment of leaders lessens the need for accountability.

“If we continue along this path, putting people there who do not enjoy the support of the people, we are not going to have development,” he says. “We don't want the people to elect all the members of the assembly and this is where the problem lies because it undermines accountability.”

According to George Kyei-Baffour, former president of the National Association of Local Authorities in Ghana, the current system is not only unconstitutional but is hindering the country's development. He states it is necessary to allow Ghanaians to elect their own leaders in order to prevent the system's impending collapse.

“If you are not picking somebody on the basis of his competence and capacity to deliver,” he says, “you can expect abysmal performance.”