Mahama’s Colleges Of Education Shot Down 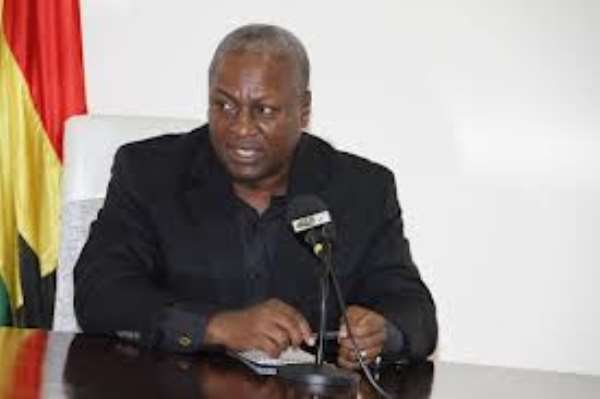 The proposed establishment of ten new colleges of education by the Government of Ghana has been shot down by the Forum for Education Reform (FFER), arguing that such an idea was good but would not help the country to address the numerous challenges confronting its educational sector.

The Forum considers that a more cost effective and efficient way for government to achieve its laudable objective of improving teacher education lies in the expansion and improvement of current facilities within the existing 38 colleges.

“This would expand capacity and improve quality with less public expenditure,” noted the Forum which is made up of eminent Ghanaians, educationists, leaders of industry, business people and researchers.

The position of the fourteen-member Forum under the Chairmanship of Sir Sam Jonah was circulated in a statement they signed and released in Accra yesterday by their sponsoring institution, IMANI Center for Policy and Education.

In the opinion of the group, despite the upgrading of existing colleges to tertiary status, there still exist pertinent issues that borders on quality.

According to the Sam Jonah-led Forum, there was the need for the Government of Ghana to improve on the quality of output of the Colleges before thinking of establishing new ones.

The Forum was of the strong belief that quality could be achieved by improving on the existing facilities, updating the quality of instruction, infusing technology, updating the teaching methods and models, among many others.

“These developments would result in better output from the teacher training institutions,” the Forum argued.

While the Forum acknowledged the numerous contributions the Ghanaian Government had put in place to address the problems confronting teacher training colleges in the West African country, it was quick to discourage the government from pursuing its current goal of establishing ten new tertiary institutions but rather focus on expanding existing infrastructure.

“Currently, the colleges of education have an average enrolment of about 400 students. Their enrolment can easily be doubled without much expansion in the existing facilities to cover what the proposed ten new institutions would provide,” noted the Forum.

It tasked the government for an urgent need to evaluate and establish firmly where those proposed colleges fit vis-Ã -vis Universities, arguing that “curriculum development must meet global standards.”

It also argued strongly argued the perception across the political divide for an overhaul of the current teacher training system to preserve and enhance the nation's human resource, noting that “the consequence of neglect of this area will severely undermine the country's development.”

According to the Forum, the nexus between appropriate investments in education and economic development was firmly established but the challenge was determining the right areas where such investments ought to be made.

It announced its preparedness to work with the government and like-minded organisations to attain the right standards for teacher training in Ghana.