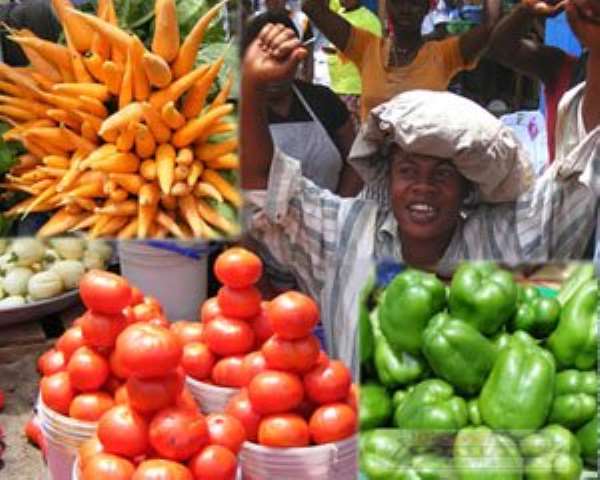 Over 326,000 people in the Northern Region are expected to benefit from a $60 million United States Agency for International Development (USAID) food support project.

The Resiliency in Northern Ghana (RING) project is aimed at enhancing food security, improving consumption of various quality food and enhancing nutrition and hygiene-related behaviors to improve the health and resiliency of families.

The RING project will also help improve the livelihood and nutritional status of the poorest households in the Northern Region with emphasis on pregnant and lactating women and children under five years of age.

The US agency, in a release, said the initiative will be implemented in 17 districts in the Northern Region, which USAID and its partners in district and regional government have identified through an assessment process.

According to the agency, the American people will provide up to $28 million of RING's funds directly to the Government of Ghana through the Ministry of Finance for onward disbursement to the 17 targeted District Assemblies and the Northern Region Coordinating Council (NRCC).

In addition, USAID said the American people will provide technical assistance and capacity building support to District Assemblies and the NRCC for planning, implementing and coordinating activities that improve the livelihood and nutritional status of vulnerable families.

To this effect, the U.S Government, through USAID and Government of Ghana as well as officials from four District Assemblies signed four Project Implementation Letters in Tamale for an initial tranche of $3 million to improve resiliency in Northern Region.

The Agency said the Basic Implementation Letter was signed on June 24, 2012 with Minister of Finance and Economic Planning for the initial tranche of $11 million.

These four new agreements with District Assemblies in Northern Region of Ghana demonstrate the commitment of President Barack Obama and Secretary John Kerry to the Paris Declaration on Aid Effectiveness, the Accra Agenda for Action and the Busan Partnership for Effective Development Cooperation.