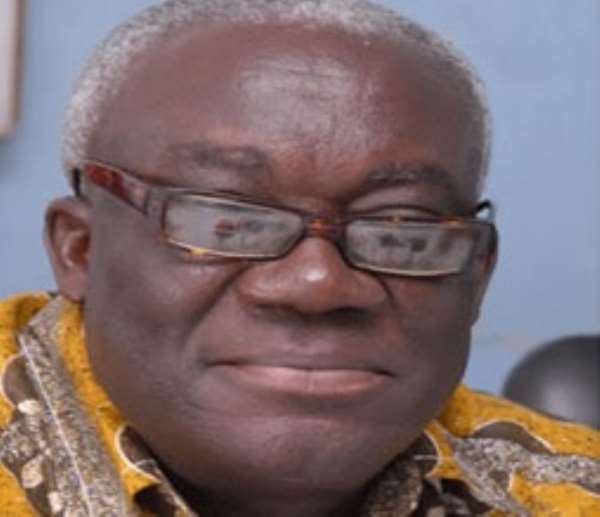 The Trades Union Congress (TUC) has accused the government of deliberately adopting a hard-line position in its ongoing base-pay negotiations.

According to the TUC, almost eight months into the year, 'we do not see an end in sight. And it appears to us that the government is deliberately delaying the process by adopting a hard-line position that does not accord with good faith negotiations'.

At a press conference in Accra yesterday, the Secretary General of the TUC, Mr Kofi Asamoah, said the 'government is failing to recognise that negotiations hinge on dialogue and not imposition'.

He, therefore, urged the government to stop the delay tactics because it would neither be to its benefit nor that of workers and industrial harmony.

Mr Asamoah, however, commended the government for the yeoman's job done in the area of the Single Spine Salary Structure (SSSS), saying, 'Let me hasten to add that bringing together over half a million workers onto a single vertical salary structure and establishing the appropriate relativities across and within service classifications was not an easy task.'

'The task was much more difficult than probably anticipated. In this regard, I commend the government, in particular the Fair Wages and Salaries Commission (FWSC) and all the unions involved in the process, for the hard work that has led to the development of the SSSS,' he said.

Setting the records straight
'We are told that Ghana spends over 72 per cent of its total revenue on paying public sector workers. And that the single spine pay policy is the singular cause of all that has gone wrong with the country's public finances.

'For the records, organised labour officially repudiates the strenuous efforts to blame the wage bill and, for that matter, the SSSS for the mess in public finance management,' he said, adding, 'the figures available to us show clearly that even with the clearance of arrears from 2010 and 2011, the provisional outturn for 2012 in terms of public sector emoluments as a ratio of total revenue was 46.28 per cent lower than the proportion recorded in 2008.'

'These are significant proportions by any measure but they fall short of the figures the government and its officials are touting to the public. It leads us to ask the obvious question:

hy is the government, the custodian of official statistics in Ghana, putting figures it knows are not correct into the public domain? Probably to excuse itself and pass the blame to workers,' he said.

'We have stated previously that a large proportion of the public sector wage bill has been appropriated to the few politicians classified under Article 71 of the Constitution. These privileged few are not part of the single spine. But we are all aware of the gargantuan salaries they awarded themselves, including their ex gratia. All this has fed into the wage bill,' he added.

He said the SSSS, therefore, could not be the sole reason for the rising wage bill, adding, 'We have, on countless occasions, requested the government to disaggregate the public sector pay envelop for informed analysis of who takes what as we define a clearer way forward. We urge the government to respond to that call in the interest of transparency and accountability.'

'We are also aware of the gross mismanagement that has characterised the public sector compensation system in recent times, a situation that we attribute to the failure of politicians to allow technocrats to administer the pay system,' he said.

Appeal to government
He called on the government to rather check and concentrate its efforts on the large-scale mismanagement, including mismanagement in the public payroll system and pure corruption, both of which had engulfed the country and led to leakages on the revenue side and waste on the expenditure.

According to him, 'as part of the road map to the implementation of the SSSS, some issues were due for negotiation this year, but, sadly, government is dragging its feet on even the base pay itself. There are elements in government that are calling for the suspension of the single spine pay policy. Such groups were also the loudest in touting the achievements just a year ago using the single spine. Unfortunately, they have no credible alternatives'.

'We in organised labour are of the view that the single spine pay policy offers government the best opportunity to manage its compensation policy and with it a strong and well-resourced institution to administer same. The alternative will be chaos,' Mr Asamoah said.