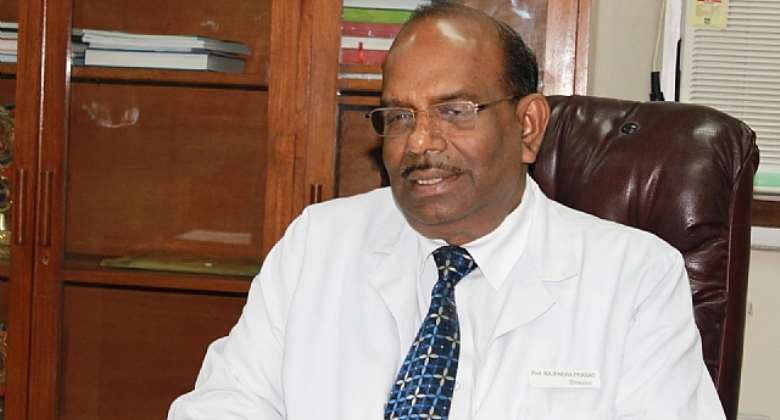 Lung cancer is lurking around along with known risk factors such as tobacco smoke. Although with recent advancements in medical science 5 years survival rate for other forms of cancer has increased considerably yet the same remains as low as 14% for lung cancer patients since past two decades. Professor (Dr) Rajendra Prasad, Director of Vallabhbhai Patel Chest Institute (VPCI) was speaking to Citizen News Service - CNS before a lung cancer update in Delhi.


In India, 40% of lung cancer patients are less than 50 years of age and 11% are less than 40 years. In younger age group lung cancer is commonly misdiagnosed as tuberculosis. Nonsmall cell lung cancer constitutes 75-80% of lung cancers. More than 70% of them are in stages III and IV when diagnosed making curative surgery difficult. The 5 year survival is only 14% and it has not changed dramatically in last two decades. Small cell lung carcioma which constitutes 20% is in the extensive stage when diagnosed in 70% of patients.

Tobacco smoking is the single largest risk factor for lung cancer in both males and females. History of passive tobacco smoking exposure is found in 3% cases. Thus 90% of all cases result from tobacco exposure. Smoking of bidi and hookah as well as cigarettes had similar lung cancer risks. Environmental tobacco smoke is a known lung carcinogen. Occupational exposure to chemicals such as asbestos, arsenic, chromium, among others, has been shown to cause lung cancer. Some dietary factors such as b-carotine and retinoids may be protective against lung cancer. The symptoms like fever, cough, expectoration, hemoptysis, fever, weight loss and anorexia are common to both tuberculosis (TB) and lung cancer and in India since TB is rampant it is not uncommon to find a lung cancer being treated a TB initially. But age of the patient, smoking history, mediastinal symptoms like hoarseness of voice, SVC obsctruction and dysphagia etc will favour lung cancer, said Professor (Dr) Rajendra Prasad. Physical eamination should look for signs of collapse or mass clubbing, metastatic and non-metastatic complications of lung cancer.

Countries such as India where tobacco smoking, the biggest risk factor for lung cancer, is alarmingly high, and implementation of comprehensive tobacco control measures weak, must listen to this alarm. Protecting people from risk factors such as tobacco use which increases their risk for life-threaatening ailments is a responsibility of the state. (CNS)