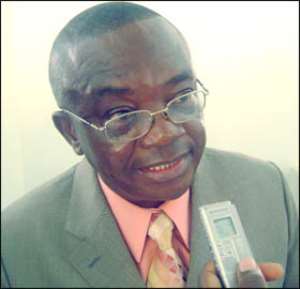 The Court of Appeal yesterday dismissed an application filed by the state for stay of execution of a High Court order for the state to pay the monthly pension and all monies owed a former Auditor-General, Mr Edward Dua Agyeman.

The court, presided over by Mr Justice S.E. Kanyoke, ruled that the Attorney-General failed to show any exceptional circumstances to warrant the grant of the stay of execution and that Article 155 of the Constitution on which she relied did not apply to the plaintiff.

The other members of the panel were Mr Justice P.K. Gyaesayor and Mrs Justice Margarete Welbourne.

The state, represented by a State Attorney, Ms Jamila Jakalia, not satisfied with the earlier ruling of the High Court, filed the application at the Court of Appeal.

An affidavit in support of the application stated, among other things, that 'in refusing the application for stay of execution, the High Court failed to recognise that before the Chinery-Hesse Report recognised the Auditor-General's position to be relative to that of the Court of Appeal for purposes of pension, Article 155 of the Constitution is applicable to the plaintiff'.

The situation, it said, constituted an exceptional circumstance necessitating the application for stay of execution pending appeal against the High Court ruling.

It said more hardship would be occasioned to the defendant/appellant than the plaintiff/respondent 'if this application is refused'.

'That the instant appeal has a real likelihood of success and that if the application is not granted, the appeal would be rendered nugatory if it succeeds,' it said.

However, Mr Agyeman, in an affidavit in opposition to the application by the state, argued, among other things, that the defendant had not shown any exceptional circumstance to warrant a stay of execution of the judgement of the court.

'That I say that my claim is merely for the payment of pension to me just like all public officers are entitled to, and the instant application amounts to nothing but victimisation and discrimination against me by the state, even though my predecessor is being paid his pension,' he said.

The former Auditor-General said he instituted the action 'not in pursuit of any claims which were not legitimately owed me but in an effort to ensure the fulfilment by the state of its constitutional obligations to me, after many years of service in very senior positions in the Public Service commencing from 1987 when I was first appointed as Deputy Auditor-General'.

In its March 25, 2013 judgement, the High Court had held that the gratuity and pension due Mr Agyeman were in fulfilment of a constitutional obligation owed him by the Republic, since he was appointed under Article 70 (1) of the 1992 Constitution.

It said by the injection of Article 71 (1), his salaries, allowances, facilities and privileges were to be determined by the President, on the recommendations of a committee of not more than five persons appointed by the President, in accordance with the advice of the Council of State.

Granting nine out of the 10 reliefs sought by the applicant, the court also awarded costs and damages totalling GH¢20,000 against the state.

The plaintiff's gratuity consists of three months' salary for every year of service at the Audit Service, which was enjoyed by his predecessor.

The court declared that any review of the conditions of pension payable to a former holder of the position of Auditor-General, as will be determined by the report of any Presidential Committee on Emoluments of Article 71 Office Holders, was applicable to Mr Agyeman.

However, it declined to grant the request for the provision of free medical and dental facilities for the plaintiff and his spouse.

Mr Agyeman sued the Attorney-General after several requests for the payment of his gratuity and pension, as conveyed by his letter of appointment, had failed.

The plaintiff retired from the Audit Service on May 19, 2010, and in response to his demand for the payment of his gratuity and pension, he received a letter dated October 18, 2010 and signed by the Deputy Chief of Staff, Dr Valerie Sawyerr, which informed him of the decision of the government not to pay him retirement benefits in accordance with Article 71 (1) of the 1992 Constitution.

According to the plaintiff, the letter had indicated that he (Mr Agyeman) was a political appointee and not a career staff of the Audit Service or any other public service and, therefore, did not qualify for pension.