Ghana could save GH¢ 200m annually in the energy sector if… 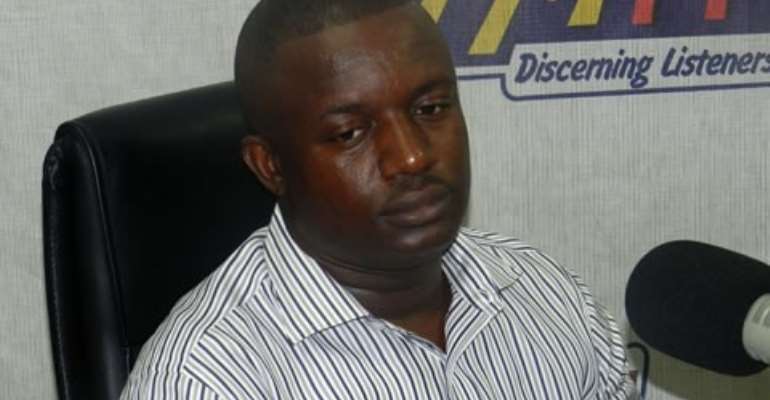 Deputy Minister for Energy and Petroleum, John Jinapor, says if the managers of the energy sector could reduce loses due to tariff inefficiencies by only 10%, the country could be making an annual saving of over GH¢ 200 million (or $100 million).

The Deputy Minister was reacting to contents of a recent World Bank report on Ghana's energy sector titled “Energising Economic Growth in Ghana” which among other things, pointed out key challenges in the country's power and petroleum sub-sectors.

A key point in the report was that aside the fact that Ghana's current energy tariff policies are not financially sustainable, the tariffs system in itself is riddled with major inefficiencies, resulting in huge losses for the state.

Speaking on Joy FM's Super Morning Show on Monday July 8, the Deputy Minister said he agrees with the World Bank on challenges with the country's tariff system and noted that huge savings could be made if they were prevented even minimally.

The report also noted that revenues collected by energy providers are not adequate, resulting in them struggling with state subsidies.

The Deputy Minister indicated that there is the need for an automated tariff adjustment system to replace the current practice of large sum increments in energy tariffs.

He also charged the energy providers to come up with innovative ideas to save energy, instead of piling up tariff burdens on the consumer.

The Deputy Minister however, disagreed with the report that board members of state-owned energy enterprises and oversight entities, such as the Public Utilities Regulatory Commission (PURC) are underperforming.

According to him, that point was misplaced because boards must not be composed of technocrats as the report suggested.

The Deputy Minister explained further, boards carry out the broad policy frameworks for the overall management of the sector.

Although the report also suggested the closure of the Volta Aluminium Company Ltd (VALCO) because it is a drain on the sector, the Deputy Miniser disagreed.

Aluminum companies must support VALCO
Energy expert, Dr Charles Wereko-Brobby, who was also on the show said, VALCO must not be shut down but must be made to pay realistic tariffs.

He said instead of subsidising VALCO's energy tariffs, companies that benefit from the smelter's operation must come together to contribute to the overall tariff of the company.

Dr Wereko-Brobby explained that “without VALCO, all the aluminium companies would have to import ingots and then buy electricity from ECG at a high rate so that they can melt those ingots and use them”.

According to him, because VALCO already delivers the melted ingots to the aluminum companies without them having to go through the difficulty of buying power to melt them, they should pick up the subsidy government is paying.

He however, disagreed that the board of utility agencies or regulators must be composed of technocrats.

“We must distinguish between a board, which is necessarily giving political and social direction, from the secretariat of the organisation which must constitute technocrats", said Dr Wereko-Brobby.

Sunil Mathrani, Task Team Leader for the World Bank Report, said although there were no new revelations in the report about the issues, the fact still remains that challenges facing Ghana's power and petroleum sub-sectors are threatening to undermine Ghana's bid to become a fully-fledged middle income country.

He indicated that private investors are not coming into the sector because of the challenges in the sector.

Key among the challenges discouraging private sector investment into the sector, Mr Mathrani observed, is the many intermediary agencies that must be dealt with in the production of power.

President Akufo-Addo’s sterling leadership saved us from COV...
3 hours ago