Walk The Talk: New WHO Guidelines On HIV Treatment And Prevention 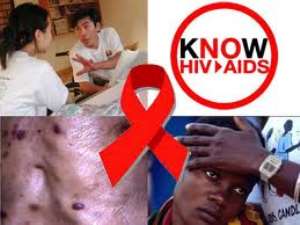 The new World Health Organization (WHO) guidelines on HIV treatment and prevention which were released at the 7th IAS Conference on HIV Pathogenesis, Treatment and Prevention in Kuala Lumpur do provide hope that more people living with HIV will be able to live healthy - only if these guidelines get implemented in letter and spirit on the ground. "These guidelines are a landmark in the fight against AIDS," said Mitchell Warren, Executive Director of AVAC. "But guidelines alone do not save lives - money, pills and smart programmes save lives. Investment and effective implementation will be critical."

These new WHO guidelines recommend offering antiretroviral therapy (ART) earlier. Recent evidence indicates that earlier ART will help people with HIV to live longer, healthier lives, and substantially reduce the risk of transmitting HIV to others.

90% of all countries have adopted the 2010 recommendation. A few, such as Algeria, Argentina and Brazil, are already offering treatment at 500 cells/ mm³. The move could avert an additional 3 million deaths and prevent 3.5 million more new HIV infections between now and 2025.

The new recommendations are presented in WHO's new guidelines, formally called "Consolidated guidelines on the use of antiretroviral drugs for treating and preventing HIV infection", as new data reveal a total of 9.7 million people were taking these lifesaving drugs at the end of 2012.

Dr BB Rewari from National AIDS Control Organisation (NACO) in India said to Citizen News Service - CNS: "We have been using 350 cells/ mm³ as cut-off of CD4 count for long now to begin ART. However for those people with stage 3 and 4 diseases, all TB patients and pregnant women are provided ART irrespective of their CD4 count. The new WHO guidelines are based on evidence that earlier treatment provides a better response and improved outcomes.

These will also help reduce the burden of TB among HIV infected persons. These guidelines will reduce the gap between the standard of care between developed countries and resource limited settings.

However whatever be the CD4 cut-off , people are still presenting late to us and the challenge remains is to detect them earlier at a higher CD4 count. Another challenge is to scale up testing so that more and more people know their status and our gap between those requiring ART and those on ART is reduced further. It will also be a challenge to put more and more persons on ART and ensure their retention in care."

Mitchell Warren of AVAC also emphasized on improving comprehensive and coordinated response to HIV so that the gains of new WHO guidelines can be translated in positive health outcomes on the ground. He said: "Expanding HIV treatment is a global imperative, but it cannot be done in isolation. To reach the tipping point against AIDS, we need to dramatically slow new HIV infections.

The prevention benefits of treatment will get us part of the way there, but not all the way. We have to scale up every prevention option we have, including male circumcision, Pre-Exposure Prophylaxis (PrEP), male and female condoms and clean injecting equipment, while pressing ahead in the development of microbicides, vaccines and other new prevention strategies."

The new recommendations also include providing antiretroviral therapy - irrespective of their CD4 count - to all children with HIV under 5 years of age, all pregnant and breastfeeding women with HIV, and to all HIV-positive partners where one partner in the relationship is uninfected. The WHO continues to recommend that all people with HIV with active tuberculosis (TB) or with hepatitis B disease receive antiretroviral therapy regardless of their CD4 count.

Another new recommendation is to offer all adults starting to take ART the same daily single fixed-dose combination pill. This combination is easier to take and safer than alternative combinations previously recommended and can be used in adults, pregnant women, adolescents and older children.

The recommended treatment is now a combination of three antiretroviral drugs: tenofovir and lamivudine (or emtricitabine) and efavirenz, as a single pill, given once daily.

Activists have rang the bell at the ongoing 7th IAS Conference on HIV Pathogenesis, Treatment and Prevention (IAS 2013) on grossly inadequate response to providing treatment and care for children living with HIV. While the number of all eligible children on ART has increased by 10% between 2011 and 2012, this is still too slow compared to the 20% increase in adults. A further complication is that many key populations such as people who inject drugs, men who have sex with men, transgender people and sex workers, continue to face legal and cultural barriers that prevent them getting treatment and care services that otherwise would be more easily available.

Let us hope that AIDS programmes on the ground will adapt these new guidelines and improve programmatic and financial support for implementing them in letter and spirit. (CNS)