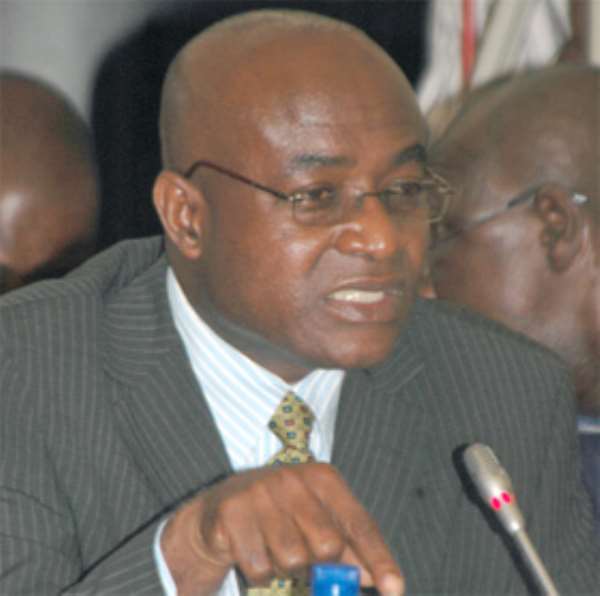 The Minority in Parliament has questioned the propriety of government's selective acceptance of the recommendations made by the Constitutional Review Committee, arguing that that stance was a subversion of the will of the people.

Minority Leader and Member of Parliament for Suame, Osei Kyei Mensah Bonsu said the CRC's report was the outcome of a consultative process steeped in law reflecting the collective resolve of the people and that it was not the prerogative of government to disagree with any portions of the recommendations made by the review body.

He was referring to the Government's White Paper on the report, which disagreed with some of the recommendations contained in the CRC's report, stating that government should not tread that path because of the negative consequences it held for the country.

Mr Mensah Bonsu said government could not decide to accept some portions and not others, saying 'It is wrong… It is a false step; we will be running into a Cul de sac if we proceed along those lines'.

'This amounts to government foisting its agenda on the legislature. It cannot decide for the House, which clauses in the document that we should consider or not. It is not the work of the Executive to take certain aspects of the recommendation and bring it to Parliament to be considered'.

But Majority Leader, Benjamin Kunbuor in reaction held that the country was governed by the rule of law and that the White Paper issued by government was a legal requirement.

He said it was impossible for government to have its way in the matter, adding that government could not impose its views on what was acceptable and what was not and that the lawmakers had the right to make their own recommendations when the issue was tabled before them.

The CRC was established in January, 2010 by the government of Ghana to develop possible amendments to the 1992 Constitution. Over the course of two years, the Commission collected over 80,000 submissions from the general public, in addition to those made by government agencies and civil society organizations.

The Final Report of the CRC was completed in December, 2011.

Government then issued a White Paper on it within the six months period stipulated in Article 280 (3) of the Constitution, accepting most of the recommendations of the Commission.

Where Government did not accept the Commission's recommendations it stated the reasons for that decision.

Government has since set up a five-member committee to see to the implementation of the recommendations in strict compliance with Chapter 25 of the Constitution on 'Amendments to the Constitution.'