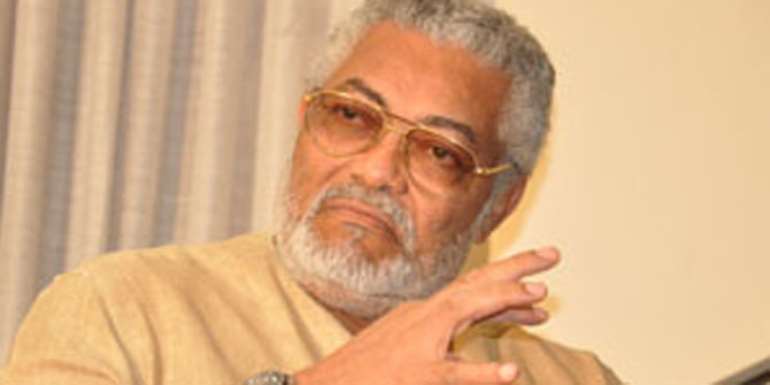 President Rawlings lamented the fact that Amidu faced ridicule from some of his compatriots and fought a lonely fight in his campaign.

Amidu received the commendation when the former President delivered the keynote address at a conference on Emerging Democracies in Africa, in Abuja on Monday.

The former President said one of the proudest assets of an African must be his sense of nationalism. Citizens, he said must be taught to have pride in defending one's country against corruption.

President Rawlings said: 'Only last Friday, a former Attorney General in Ghana, who has waged a relentless campaign against the payment of questionable judgement debts to individuals and institutions obtained a Supreme Court ruling ordering the retrieval of over 40 million Euros from an international company which had earlier convinced government to pay her the said amount over an alleged abrogated contract.

'The former Attorney General who at times faced serious ridicule from his compatriots stood his ground against all odds and won the case for Ghana. Today he is ironically being touted as a hero. But did he have to fight a lonely fight in defence of his country's meager resources?'

It will be recalled that President Rawlings invited Mr. Amidu and two others to light the perpetual flame at the 34th anniversary celebrations of the June 4 uprising earlier this month.

Incidentally the theme for the celebration was, 'Patriotism, Key to Nation Building'.

From: Office of J.J Rawlings

TUTAG meets government; conditions of service negotiations b...
46 minutes ago