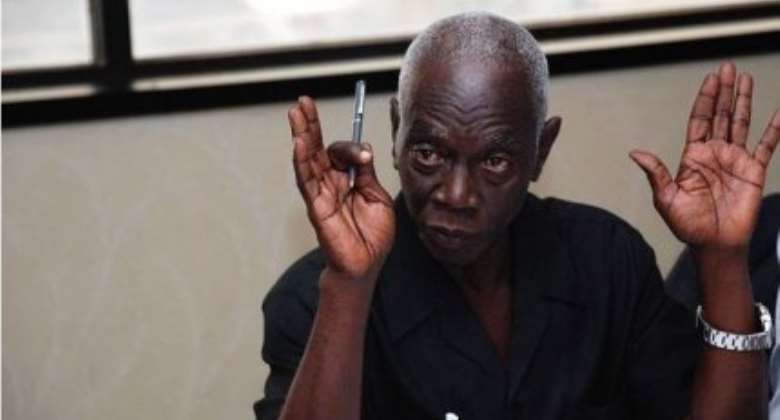 Analogous but antonymic headline above was captured on the homepage of www.ghanaweb.com and other reputable Ghana news websites such as www.modernghana.com . As I rushed through the publication, the statements sounded hostile to the petitioners claim but my instinct kept telling me to read to the end where I was eager to find friendly call for the Supreme Court to 'respect' the petitioners claim. I was disappointed not to find the chairman of the Electoral Commission call as I had hoped for. I said to myself, why would the reporter deceive the readers with such caption? I took a second look at the headline then I realized that the reporter's headline wasn't what I thought it was; it rather read 'Reject petitioners claim - Afari Gyan Tells Court' Everything I had read earlier began making sense in tone and in arguments. But I beg to differ in Afari Gyan's line of arguments.

Regarding the Electoral mantra 'No Verification, No Vote,' the Commissioner admitted to publicly stating that to the glaring view of Ghanaians but he added that rule was based on certain conditions. I only stated it in principle, the Commissioner added. Reading Afari Gyan's comments regarding 'certain conditions' brought many questions than answers that I am sure many Ghanaians may want to have answers. While I do not want to reproduce the publication here, I want to quote few lines of his responses: 'If I notice on the face of the pink sheet that there appears to be excess vote, I will subject it to close scrutiny before deciding. I will look at the ballot papers and look at whether they fell in the range of serial numbers on the ballot paper'. I am particularly concerned in his autocratic decisions as opposed to collective term as 'If the Commission notices the Commission will subject the Commission will look etc. Can somebody tell me how the Ghana Electoral laws work; are the powers given to the Electoral Commission or the Commissioner to make decisions? Assuming, the power to make Electoral decision lies in the hands of the Commission then it is very clear to me that Afari Gyan statements in the witness stand have revealed serious flaws in his decisions leading to the declaration; it sounds like he has equated himself, if not elevated himself above, to the Commission. I am certain the petitioner's lawyers will have more questions to ask in cross-examination.

Also, Mr. Afari Gyan emphatically stated [unless he said that in principle as a caveat] that there was 'nowhere in Ghana has it been shown that over-voting occurred.' This statement means if the petitioners can prove just one out of the 22,000 plus locations over voting, as they have alleged, then the Judges don't need a second or more proofs to annul the results of the 2012 presidential elections. I find the Chairman's declaration of such bold statement as a calculated attempt to give the petitioners victory. This is because the probability that over-voting occurred (per his definition) in one polling station out of the 22, 000+ stations, though may be insignificant, is high and when proven by the petitioners, will seriously undermine his witness-in-chief credentials. Why would the Chairman who was supposed to help bolster the claims of the respondents rather give a slam dunk leeway victory to the petitioners? Can someone tell the Chairman to slow down? He sounds too certain but he needs to know that there's always a twist in Supreme Court cases; when you think you've won that is when you get the shock of your life time. We can't wait for the D-day when the Supreme Court will rule.

Furthermore, on the issue of Presiding Officers not signing pink sheets, the chairman for the first time used collective language and said: 'the Commission's analysis showed that pink sheets unsigned by the presiding officer represented 3.5% of the total pink sheets ' and it continued by saying 'in a situation where presiding officers did not sign, it was an irregularity. But' 'But' what? Why is the Commission making the rules with exceptions, exceptions, exceptions, thereby undermining the goal of laws in place? 3.5% could have made huge difference hence though he downplayed the percentage, it is important to remind ourselves that despite the irregularities, the difference between the declared winner and the first runner-up was less than 1%. The more I listened to the Chairman speak, the more I tend to have extreme view on this issue; either He is telling the truth and the petitioners concocted the evidence and their stories or the Electoral Commission is in a collusion act with the respondents. And I can say that what we know now is giving a clearer picture to what actually took place before, between, during, and after the election of the 2012 presidential elections. Mr. Afari Gyan has caused more harm than good to the respondents in his witness statements.

As always, I have great expectation of NDC/NPP attacks anytime my views do not promote their agenda. Needless to say, I am unperturbed by such verbal attacks and I will continue to share my views anytime it matters. Thank you