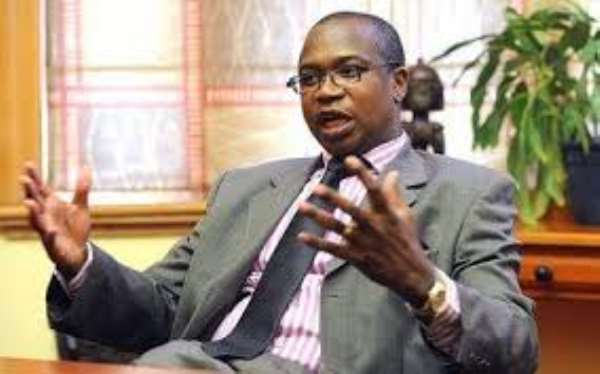 Africa is one of the regions in the world with the highest visa requirements. Visa restrictions imply missed economic opportunities for intra-regional trade and for the local service economy such as tourism, cross-country medical services, or education.

In ECOWAS, more than 80% of all migration is intra-regional. Nonetheless, Africans need visas to go to 80% African countries, and these restrictions are higher for Africans traveling within Africa, than for Europeans and North Americans.

In his opening remarks, Professor Ncube underlined that 'The movement of talent and people is at the core of regional integration and is a core pillar of the Bank's Ten-Year Strategy. Twenty-five percent of all trade in Africa is informal; it is the strongest in West Africa. If there were no visa requirements, informal sector trading would boom.'

Razia Khan, who is head of research in Africa for Standard Chartered Bank, introduced herself rather as a citizen of an African country, traveling extensively within Africa - who often measures the time that it takes to get visas against the amount of economic research that could have been developed.

Leonard Rugwabiza, Director, General Planning at the Ministry of Finance and Economic Planning in Rwanda, shared the lessons of Rwanda, which has moved to biometrix border management, low restrictions on transfer of services in engineering and legal services as well as visas on arrival for all African citizens since January 1, 2013.

Rwanda, with a limited number of embassies abroad, has also introduced e-visas in order to reduce the costs and time constraints of people in obtaining visas.

He confirmed that 'since we opened our borders, tourism from African countries has increased by 24%.'

Abdul Awl, Board Member of Dabashill Group, concluded that: 'The private sector is the engine of growth, and we all talk about improving the climate for business sector. Visas are a major barrier, and pose restrictions on doing business.'