Bawumia is the combination of Messi, Ronaldo and Lewandoski 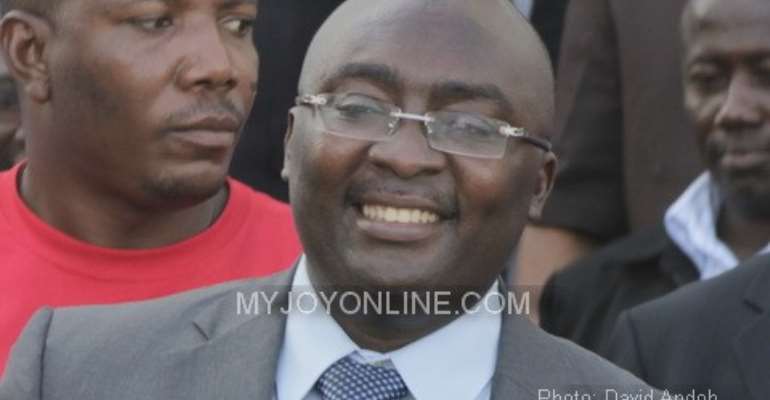 Despite receiving some flak from some members of his party, the second petitioner in the ongoing Supreme Court hearing, Dr. Mahamudu Bawumia has received thumbs up from the Upper West Regional Vice Chairman of the New Patriotic Party, Hafiz bin Salih describing him as a star of the party.

Mr. Bin Salih stated that Dr. Charles Wereko-Brobby and other like-minded people who criticize Dr. Bawumia see him only as a potential flagbearer of the party and are therefore scheming to put spanners in his wheels.

''In order to prevent him from scoring, you need to involve rough tactics to foul him otherwise you will laugh with the wrong side of your mouth.

All those who want to be flagbearer of the party will start throwing mud at him in order to succeed. For me, he has done well and will have my vote if he decides to contest for the party's flagbearer,'' he added.

The Upper West NPP Vice Chairman however was not happy about the alleged suspension of Dr. Charles Wereko-Brobby from the party saying, it wasn't the best.

Although he does not share in the views of Dr. Charles Wereko-Brobby he said the party could have handled the issue differently.

Several people have criticized the party and the party didn't have the guts to suspend them, he added.

''Dr. Arthur Kennedy in the aftermath of the 2008 elections wrote a book and criticized the party, he was not suspended. Mr. Kwame Pianim criticized us on the same petition and we didn't do anything.

Why we should suspend Dr. Wereko-Brobby,'' he asked.

Mr. Hafiz said he expects the party to have used its communication team to attack the issues raised by Dr. Wereko-Brobby and bring the merits of the case to light.

The other panel member on the show, Alhaji Hissan Tindaanba in the same measure was not happy with the way the NPP is handling the Charles Wereko-Brobby issue.