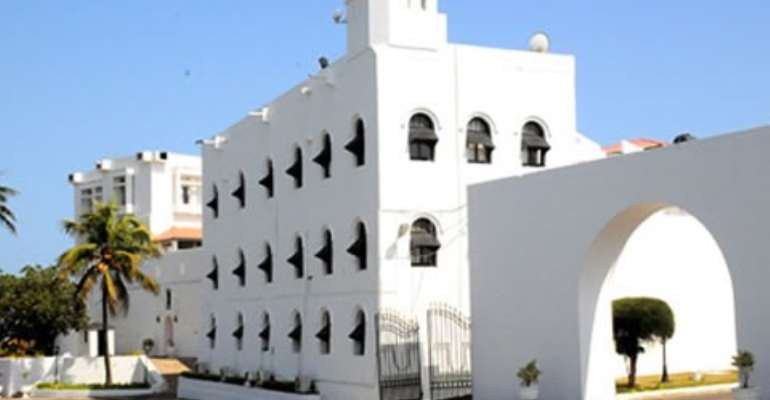 A research has revealed that Osu Castle, the Independence square and the Kwame Nkrumah Mausoleum are likely to be washed away by sea erosion in the next 150 years, if the sea level continues to rise beyond the current rate.

Currently, the sea rises between 2 and 3 millimeters, but if it rises to about 6 millimeters within the indicated time, these monumental landmarks are likely to belong to history.

According to the research, the current climatic changes coupled with the adverse effect of human activities on the shorelines are expediting the washing away of the monuments.

The research titled: 'Detection, Measurement and Prediction of Shoreline Recession in Accra, Ghana', was conducted by a group of scholars from the Department of Oceanography and Fisheries (now Department of Marine Sciences) at the University of Ghana.

In an interview with The Independent, the lead researcher, Dr Appeaning Addo, explained that his team deployed the scape model to arrive at the results.

“We looked at the scenario of what would happen to vulnerable coastal areas if the sea level - as predicted - rose to 6 millimeters in the next 100 years. We were more particular about some of these landmark features and one of them was the Osu Castle. We found that vulnerable coastal areas would be experiencing erosion and flooding,” Dr. Addo explained to The Independent.

He touted the team's findings and predictions as “very reliable,” adding, “we are 95% confident that flooding could happen if the sea level rises as has been predicted.”

Enumerating the possible causes of the state of affairs, he said apart from geographical causes, human activities such as beach sand winning may also contribute to this. Such an activity, according to the researcher, lowers the elevation of the coast; when the sea rises it could lead to flooding.

Dr Addo claims he has already told the government of Ghana about his team's findings and predictions, adding, “I am not too sure but that might have been a factor considered in the relocation of the President from the Osu Castle to the Flagstaff House.”

“I was very happy when the President was relocated because our modeling results showed that the government needed to do something to protect that edifice.”

Given the same circumstances and parameters, the researcher has predicted that the Independence Square and the Kwame Nkrumah Mausoleum would be affected by the next 100 and 150 years respectively.

To salvage the situation, the lead researcher called for a schedule periodic monitoring to gather data to assess the nature of the situation.

There could also be structural engineering of the monumental landmarks give them protective features.

We'll discipline you for early campaign to unseat NDC MPs – ...
13 minutes ago