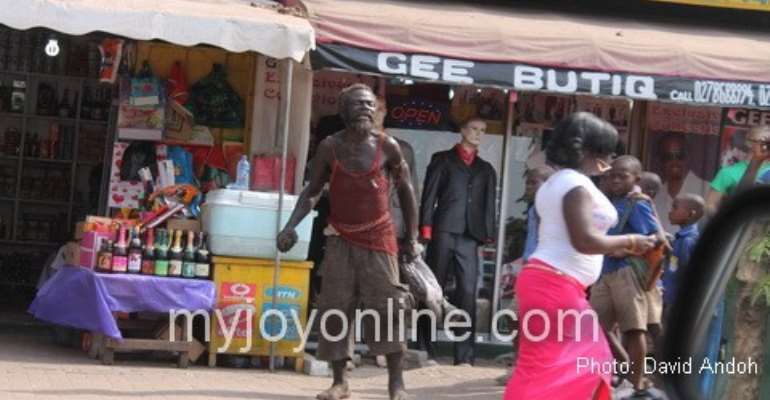 Almost a year after the Mental Health Bill was passed by Parliament, President Mahama is yet to constitute the Council that will ensure effective delivery of mental health services in the country, Minister of Health Sherry Ayitey has revealed.

Many have expressed fear the delay could throw mental healthcare services in the country into disarray. Already, some mental health facilities across the country have stopped admitting new patients.

The Accra Psychiatric Hospital Thursday served notice hundreds of inmates could find themselves on the streets by tomorrow if government is unable to supply the hospital with some vital materials.

Though the Health Minister told Joy News the situation at the Accra Psychiatric had not come to her attention, she was hopeful once the president approves the mental health board problems facing similar facilities across the country would be solved.

Madam Ayittey was confident the Council would be constituted by the middle of June this year, which will be followed by an advertisement for a Chief Executive.

"The Council will drive the policies that are within the Bill, so I believe that you will see better management and better direction in mental health delivering and this is the priority of the government."

Subsequently, she said, a Mental Health Fund will be established so that "we can use to mobilize a lot of resources, from government, from our donor support and also from philanthropists so that we can give mental patients better lives and good quality healthcare."

She also mentioned that the government is also prioritizing the training of more mental health clinical psychologists and establishing rehabilitation centres in all the 10 regions.

Meanwhile, Gabriel Benarkuu of the Mission of Hope for Society Foundation has expressed concern about the undue delay in the implementation of the Bill.

He therefore charged the government to move away from the talks and act on its promise. At the moment the government is "spending so much time on paper", he said.

He also wants the government to adequately equip regional hospitals to have special centres for mental health patients.

NDC 2020 Campaign Based On Mahama’s Superior Record, Integri...
43 minutes ago

Update Your Records To Avoid Deletion — Registrar General To...
43 minutes ago