Where The Rain Began To Beat Us 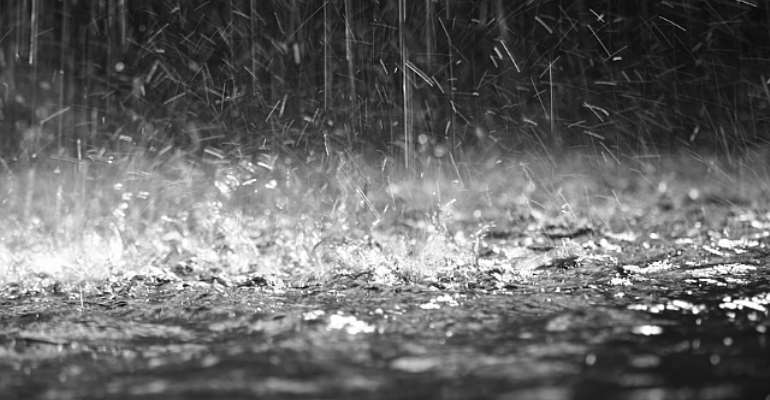 More nauseating is that past holders of office in the country always come out to criticize whatever government that is incumbent, as the cause of all the problems facing the country. Perhaps one would have easily waved off these nouveau politicians turned critics(as Dum Aminikpo rightly called them) if most of the young Nigerian activists did not suddenly jump on to their bandwagons.

But the reality is that in Nigeria, we easily forget the past and are wont to always base every criticism of the Nigerian problem on the present administration. This to me, is wrong. I think that to really cure the Nigerian illness, we need to find out the source of our problems in order to effectively find a solution. As ndi Igbo will say; we need to find out where the rain began to beat us.

And where did the rain really begin to beat us? To know where the rain began to beat us, we must first identify the Nigerian problem. My twitter foray somehow summed up this problem as corruption. I do not completely agree that the cause of the Nigerian predicament is corruption. Corruption, I agree is a problem in this country, but it is just a symptom of a larger problem.

In any case, corruption is a global problem yet so many other countries have managed to develop despite the best efforts of corruption to impede their advancement. Even the almighty United States of America is a corrupt country yet she managed to be such a role model to many democracies the world over. Nigeria is a corrupt country I accept, but our problem is deeper than that. There are factors that occasioned the corruption in the country and these factors are the real causes of the Nigerian predicament.

Corruption manifests (and not exclusively in this manner)through people desiring to suck the state dry in order to enrich themselves and their own people. In Nigeria, it also manifests in the placement of people who are incompetent as the decision makers of the country.

These have led to the country being stagnant because people are hell bent on personal enrichment and of course the compensation of people who are part of the caucus of the people who find themselves in positions of authority in either government or in other key companies or corporations.

I single out sectionalism(sectionalism being the favouritism of a certain group of people because they belong to or are affiliated somehow to people in positions of authority or ethnic group) and the Nigerian notion of "affluence as the source of respect" as the social situation that created the Nigerian predicament.

The Nigerian society operates on the framework of "who do you know". Competence is almost never the criterion for the selection(and even election)of people who handle the affairs of the country. People are selected based on how close they are to the corridors of power. Their competence or incompetence is never an issue.

This of course branches off to another very big anomaly in the Nigerian body polity: zoning. Positions of authority in government are zoned to particular ethnic groups under the excuse of proper representation of the country's diverse ethnic groups. This leads to the appointment of say a mediocre Igbo man to head a government body where there is a more qualified Hausa man who could have used his wealth of experiences to advance the country.

Then there is the case of affluence being a source of respect for any individual. This may not be just a Nigerian problem, but it is blown out of proportions here. Respect and recognition is only given to the individual who is able to spend big: the individual who can boast of a lot of material possessions. Thus every Nigerian sees affluence as a very important key to a proper definition of who he or she is. This leads to the use of every means possible as a means of greasing one's pockets.

No Nigerian community appreciates a son/daughter who works/worked as a major decision maker and comes out without having amassed enough wealth to serve him, his people and indeed many generations to come. Positions of authorities are perceived as the iroko tree where one who climbs must bring down as many logs of firewood as possible.

With the two situations stated above already part of the Nigerian social fabric, corruption becomes second nature. It is my contention that these two issues are the major causes of corruption in Nigeria. Now, it is important that we try to go back and find out how these crept into our social fabric.

One may have to go back to a long time ago in our history to find out how we subconsciously became a society of people who value materialism more than other forms of achievements for even our forefathers are not exempt from this. Materialism has become a very important means of self definition such that all actions by us bear material gains as the sole goal.

This affects even the courses we let our children study in school. While we may not be able to trace the origin of this problem, a realization of its malignant presence may help us to at least begin series of re-orientations in order to correct(even if partially) this problem. Granted, materialism is a human ill, but like everything else, we have blown it out of proportions in this country.

Some form of moderation should be achieved and I believe solid re-orientation can help. Perhaps it is time we start celebrating people based on "solid personal achievements". This is where the mass media and other bodies come into play.

I have left out sectionalism for the last because it is something we can trace to a more recent past. For this, I blame two classes of people: our colonial masters and our independence "heroes".

The several years of military rule and the eroding effects on the Nigerian body polity speak volumes of how much this affected the country's development. It also created in the minds of the other ethnic groups, the need to fight for representation without recourse being made to competence.

The colonial masters had strung together series of diverse groups and forced them to be one country. So when they subtly empowered a section of the group, the others felt like outsiders and thus had to fight for themselves. It was no longer a case of one nation, it had become a case of several nations co-habiting and fighting each other for dominance.

I blame the "heroes" of independence because they firmly instilled that sense of ethnicism in their people. The AC,NPC and NCNC were clearly ethnic parties and this showed how much the initial struggle was not about the growth of the Nigerian state but about ethnic tussles. In the final analysis, it was all for the individual gains of the "heroes". I think that this is really where the rain began to beat us. When this happened, Nigeria was no longer a country with one dream, but a collection of ethnic groups fighting for ethnic hegemony.

The fight for ethnic hegemony by the three major ethnic groups in the country created the problem of the minorities. Every "minority" ethnic group thus realized that to be heard, they have to fight their own battles. As usual, nobody saw the need to support them, thus, the Niger Delta problem was born.

As Echeme Emole rightly pointed out, the Ogoni movement that Ken Saro Wiwa championed resorted to violence because that was the only way they could be heard, since everybody was focused on his/her own ethnic group. So to gain attention, the Ogonis had to do something drastic: get violent. This is also partially true of the Niger Delta movement(although one must say that the Niger Delta movement is a complete bastardization of the Ogoni movement).

What then is the Nigerian predicament? I simply call it our inability to be Nigerian. We are still primarily Igbo, Yoruba, Kanuri, Hausa, Ijaw etc and only grudgingly Nigerian. Our diversity has not made us stronger rather it continues to be a centrifugal force. The Nigerian predicament is also our inability to make competence supreme, and our excessive obsession with materialism.

The Nigerian problem is one that I may use an entire book to discuss. However, the aim of this essay is just to point out the genesis of our problems. I believe that if we can make a recourse to this genesis, we would be able to rightfully start correcting our mistakes and then start on the right path in re-building Nigeria. Our problem is not with the present government or the one that will follow it.

Editor's Note:
During the civil war, Biafran scientists were able to make good inroads into scientific advancement. The fact that these scientists were not encouraged and supported to continue to advance speaks volumes of the ethnic problem of this country.

The predominantly Hausa government of the immediate post civil war era would have seen such support as empowering ndi Igbo.