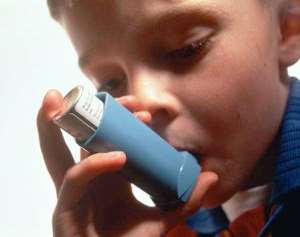 When there are evidence-based methods to control asthma effectively, then why is the disease burden growing over the past 30 years, particularly in the low- and middle- income countries? This fact is stated clearly in the Global Asthma Report 2011 published by the International Union Against Tuberculosis and Lung Disease (The Union) and International Study of Asthma and Allergies in Childhood (ISAAC).

There is no doubt that much more needs to be done to effectively control asthma at all levels. Asthma is a chronic lung disease that affects 235 million people worldwide. This lifelong condition affects people of all ages, but increasingly more children are getting diagnosed with asthma.

Although the exact causes of the disease are not known, but risk factors vary from genetics and allergies to tobacco smoke and air pollution. Dr BP Singh a noted specialist of respiratory diseases and asthma management said to Citizen News Service - CNS, that: 'our clinic is a center for respiratory disease. In normal population, we are seeing around 53 per cent of patients with air ways-related diseases, out of which 27 per cent are patients with asthma and rest are those with Chronic Obstructive Pulmonary Disease (COPD). So, I can say that 27-28 patients are being treated here every day for asthma".

Asthma is not curable but can be treated and managed with existing medicines and therapies There is a clear lack of understanding and scientific knowledge about care, treatment and management of asthma among the masses as a result of which more and more people are either getting hospitalized or dying of it every year.

Dr BP Singh said 'many people think that the treatment therapy which is available is very costly and unaffordable but this is not usually true: This information needs to be spread among the people living with asthma that the treatment is very inexpensive in comparison to the disabilities associated with asthma. In a country like India, inhaling is the best therapy because it directly reaches to the lungs and almost free of the side effects as the drug does not get absorbed in systemic circulation'.

Dr Nils E Billo, Executive Director of the International Union Against Tuberculosis and Lung Disease (The Union) said: 'The suffering and waste of resources caused by not managing asthma effectively are much greater than the cost of effective action.'

We do need measures and effective interventions and implement it collectively for creating awareness among the communities about proper management of asthma and factors that trigger asthma 'attack' such as having exposure to cold or exposure to tobacco smoke.

There are many environmental risk factors also which cause asthma 'attacks' such as inhaled allergens like dust mites, animal fur, pollen, mould and inhaled irritants like cigarette tobacco smoke, cooking fumes, vehicle exhaust, cosmetics, aerosol sprays, among others.

CNS believes that no one should die of asthma because the disease is treatable and manageable with available therapy and medicine with which a person can lead a normal life. Experiences have shown that when smoke-free policies were implemented there was a drop in asthma-related hospitalization. So we must enforce public health policies that have broader health gains such as tobacco control policies. People living with asthma should be empowered to take better control of their lives and conditions, and follow all precautionary measures as advised by the doctor to avoid emergencies or 'attacks'.