Rebuttal: Hon. Kingsley Kuku And His Co-Apostles Of Anarchy 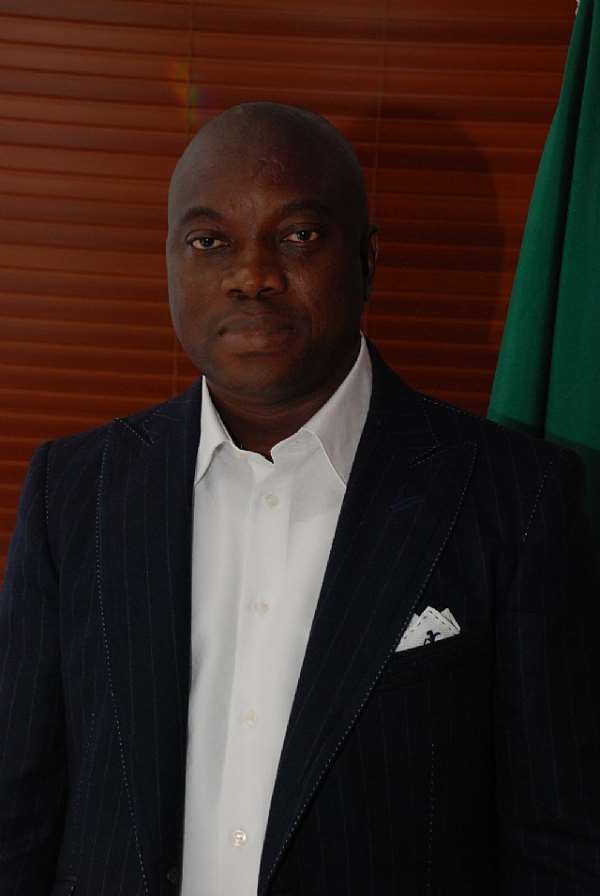 I find it difficult to join issues with Igwe Uche for three reasons. Firstly, he is endowed with some quotient in writing but has no visible means of livelihood other than blackmail. Secondly, Uche sojourns to Nigeria and romances with BRICK HOUSE and like a peevish school boy pick up the crumbs in such disdainful mendicancy that would make even an almagiri quip.

If Uche Igwe was gainfully employed, I know, in good conscience he would have abandoned this untidy vocation that thrives on mudslinging, backstabbing and peddling disinformation. Thirdly, in all modesty, Uche Igwe does not have the knowledge and capacity to fathom his depth of affairs in the Niger Delta since he has never been a key player in the scheme of things.

As an accredited disinformant, his constituency thrives on outright falsehood in his epistles laces with the crudest form of narcissism and intense inclination.

The prime mover of the theory of motivation Abraham Maslow once said' What a man cab be, he must be'. We now live in a world where people gyrate after some relevance and seek cheap recognition whenever and wherever it captures their fancy. When they dwell outside the country and do not have a scant knowledge of how affairs are run, they want to have a sense of belonging. At a very bizarre level, this leads to cheap popularity bereft of morality. The article portrays Uche Igwe as a man out of touch with the realities of Nigerians politics.

First, Uche Igwe betrayed his ignorance by his assertion 'Many politicians from Northern Nigeria are insisting that incumbent President must keep respect the gentlemanly agreement reached with the region and State Governors and not re-contest his position even though he is said to be constitutionally empowered to do so' If one may ask Uche Igwe, how many Northern leaders are against Jonathan's contest in 2015, what would be his answer?

Has Uche conducted a Gallup poll to know the percentage of Northerner who is in support of Mr. President? For those who know a huge chunk of those campaigning vigorously for President Jonathan to stay put in office till 20019 are Northerners.

The so called verbal missile thrown by the Amnesty Chief, Hon. Kingsley Kuku only further reinforced the obvious that Jonathan's Presidency brought peace to the Niger Delta, and that this peace will be illusive if President Jonathan is not elected in 2015. The President has never been a regional player and that lends credence to his policy thrust of transformation - which is holistic, progressive and pro-poor.

The problem I see with Uche Igwe's perception is that in the over 52 years of our clientele sovereignty, President Goodluck Jonathan is the first coming from the oil rich South-South. Again, he is the most humble, humane and unassuming President who has come with a new agenda - transformation. The constitution of Nigeria guarantees freedom of expression including expressing what you have in your conscience, what you like and what you do not.

What then is Uche Igwe's headache about Hon. Kingsley Kuku assertion which is not one-tenths of the hate speeches and inflammatory incitements some leaders spew every second? If a Special Adviser to the President does not support the President, then who would? How can you guarantee peace if you remove the peace maker? Hon. Kuku never delivered a hate speech; he only spoke his mind because he was involved in that tortuous struggle called the Nigeria Deklta Struggle? Where was Uche Igwe when the Niger Delta was at the brink of annihilation? Or is Uche Iwge now a victim of dementia?

On the Amnesty programme, Uche Igwe's article appears to be taking us some years back. Whereas people are recounting the gains of the Amnesty Prpogramme and seeking avenues to consolidate on those gains, Uche Igwe is still living in the past. Hear Igwe Uche: 'Many people are now struggling between what they consider the original goals of the amnesty program and the speculations of converting it to a private army of some sorts.

We do not need any war or drums of war-what we need are fiscal federalism that will allow us control our resources and develop our region'. May be, Igwe Uche might have forgotten that the Presidential Amnesty Programme was established with clear-cut goals and objectives. Unknown to Uche Igwe, so many of the trainees have acquired requisite skills and they have already been reintegrated as indispensable members of the civil community.

Riding on the crest of the successes of the first and second phases, the President magnanimously approved the third phase and already commendable strides have been made. Today, the Amnesty programme has produced a huge chunk of manpower in Seafaring, underwater welding, pilots, and Agricultural engineers. Other Skills are inboard gasoline-powered marine engines, outboard motor mechanics. Others are Marine Engineers, pipeline welders, ICT gurus; and skills useful to tourism development and the petroleum industries.

International agencies, Civil Society, NGOs locally and internationally have adjudged the Amnesty Programme under Hon. Kingsley Kuku as the most successful programme ever run by any government since the resurrection of democracy in 1999. So Igwe Uche is engaging in a futile endeavour to smear the scintillating reputation of a rate buster. Uche, why practice the flipside of journalism? My respect for you has evaporated.

Uche's grubby commentary on the Boko Haram Insurgency is most regrettable. Uche's untidy lines smacks of patronizing and pampering a ravenous monster whose mission statement is to destroy, maim, kill and create a colony of widows, orphans and widowers.

Insurgency from the Zapatistas in Mexico, the Moros in the Philippines, the Tamil Tigers in Sri-Lanka to The PKK in Turkey; the Taleban in Afghanistan, the Chechnya insurgency against Russia etc. amnesty is only granted to human beings who identify with such movements. There is nowhere in the world where amnesty is granted ghosts such as Boko Haram.

Because the Boko Haram faithfuls are protesting, killing and maiming over nothing the amnesty card will never be on the table any longer. The character and dynamics of the Niger Delta struggle is fundamentally different from Boko Haram. Maybe Uche does not understand that or has failed to pay blind eyes to what is real. Uche's display of brazen disrespect is to assert that the President's self-proclaimed political godfather, Chief Edwin Clark is being fuelled by the Presidency.

Chief E.K.Clark was a federal Minister and an Octogererian. If Uche Igwe has no iota of respect for a man old enough to be his grandfather, then we now know that morality has gone on sabbaticals?

Uche's contestations that the real Amnesty programme been tweaked with and reformatted for political intimidation as against a correctional scheme is a choreography of what his paymasters asked his to say.

At no time was the Amnesty programme titrated to serve the interest of Mr. President and his kinsmen, as most of the protests for the THIRD PHASE started in Bayelsa State - the President's home State. If only Uche Igwe had asked some questions, he would have saved himself the agony of repetitive logic (argumentum ad nauseam).

Uche Igwe's asked some questions which I should like to look at. Are these repentant militants truly repentant and changed in their ways? Is their allegiance truly for the Nigerian nation now or to some ethnicity or individuals somewhere out there?

If the Amnesty programme, as it is being executed, is as successful as we are made to believe, then these repentant militants should by now be as civilly innocent as the rest of us having been fully disarmed, de-militarized and re-orientated. To answer these questions, yes the repentant militants are truly repentant and that is why oil facilities in the NDR are not violated.

As to whether they owe allegiance to the Nigerian nation, even MASSOB faithful can answer that question that in matters concerning loyalty, the fluid nature of the term LOYALTY is subject to multifarious interpretations. In the first place, if the militants were not loyal to the Nigerian State, they would not have accepted the Amnesty offer in the face of brazen economic injustice and near ecological genocide.

I agree with Uche on his call for the review of the Amnesty Programme. One area that calls for review is the inclusion of more Niger Delta Youths who are non-violent. The other area is to up the votes for the PAP so some of the capacity building programmes will be enlarged and enriched. I am strongly in favour of empowering both the repentant militants and the non-militants because they should enjoy the same rights and privileges.

After all, they all bear the brunt of those infernos of hell.

In the final analysis, Uche Igwe, in an attempt to smear the amnesty programme has succeeded in popularizing the programme through avoidable circular reason. Uche Igwe has committed two sins namely, fallacyof many questions (plurium interrogationum) by presupposing something that has not been proven or accepted by all the people involved. The second is lucid fallacy for believing that the outcomes of non-regulated random occurrences can be encapsulated without taken into account progress and strides that have been made.

Sad! Uche Igwe has done a shoddy job for his paymasters this time around. Uche, for your information, the PAP is organized with extra-ordinary solidity with no room for journalistic pretenders like you. We look forward to seeing people assess our progress and pinpoint gray areas for improvement. The Amnesty Programme is on course; our track record is gold plaited, and our vision beacons on every one who tows the path of honesty, probity, dedication and hard work. 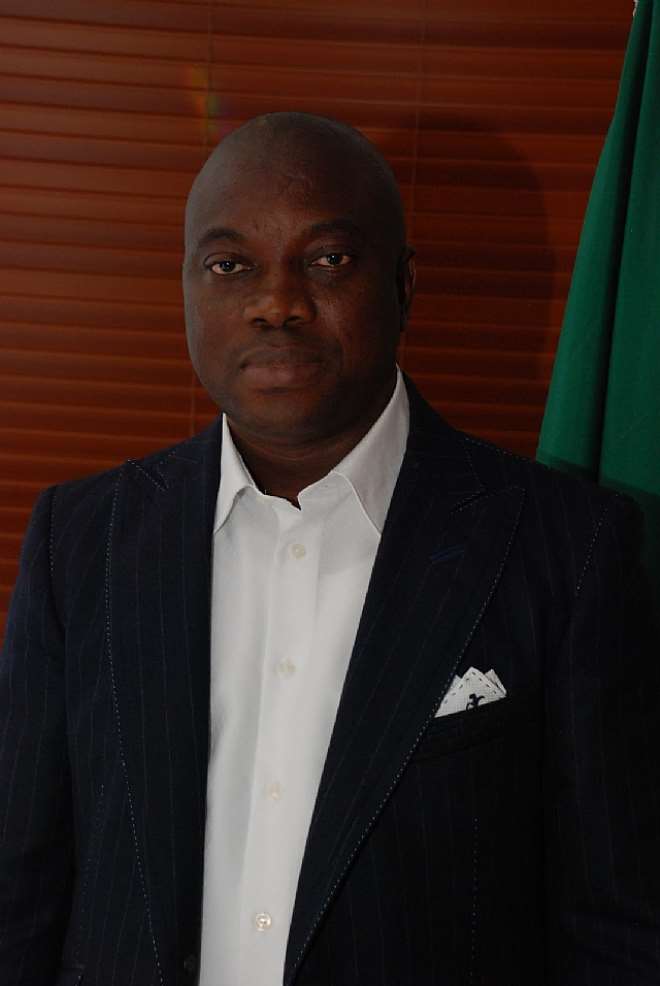