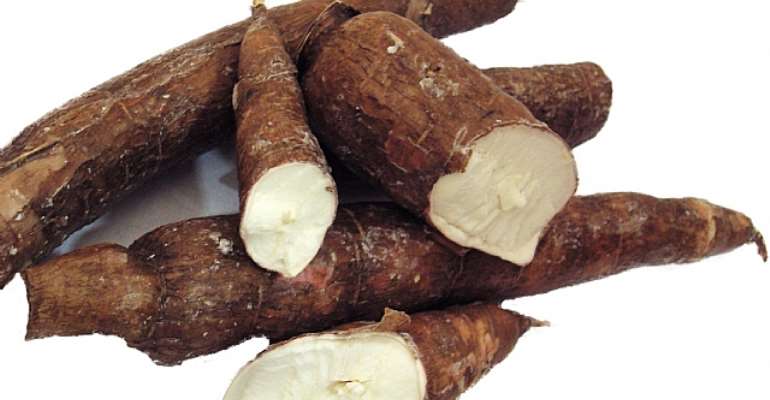 Six months after the launch of the $25.2M NEXTGEN Cassava project at Cornell University, scientists on the project have released Cassavabase, a database that promotes open access data sharing.

www.cassavabase.org features all phenotypic and genotypic data generated by cassava breeding programs involved in the NEXTGEN Cassava project, and makes the data immediately and openly accessible to all users prior to publication. It is being developed by Lukas Mueller, at the Boyce Thompson Institute in Ithaca, NY, adjunct professor of plant breeding and genetics at Cornell.

The benefits of open data sharing through Cassavabase is being lauded by cassava breeders across sub-Saharan Africa, who “currently share a significant amount of cassava germplasm,” according to Peter Kulakow, plant breeder at the International Institute of Tropical Agriculture (IITA-Nigeria), a major contributor of data to Cassavabase. “Sharing information will create the opportunity for all African farmers to benefit from the best technologies available to improve the yield and quality of cassava that is needed for food and income.”

Cassavabase will be hosted at IITA-Nigeria by the NEXTGEN Cassava project, providing a “one-stop shop” for cassava researchers and breeders worldwide. In addition to phenotypic and genotypic data, Cassavabase offers access to all Genomic Selection analysis tools and phenotyping tools developed by the NEXTGEN Cassava project, as well as links to auxiliary genome browsers, ontology tools and social networking tools for the cassava community.

Chiedozie Egesi, assistant director and head of cassava breeding at the National Root Crops Research Institute (NRCRI), Nigeria, and Katherine Kahn, senior program officer at the Bill and Melinda Gates Foundation, co-presented about Cassavabase and the advantages of open access data sharing during the G8 International Conference on Open Data for Agriculture, in Washington DC, 29-30 April 2013.

At the 2012 Summit at Camp David, G8 leaders implemented the New Alliance for Food Security and Nutrition with the aim of boosting agriculture production in six countries and lifting 50M people out of poverty in 10 years. Critical to food security in developed and developing countries was the implementation of policies and projects to make data readily accessible to users in Africa and worldwide.

“It's great to see the cassava research community lead the way in sharing their data rapidly and openly to maximize opportunities for developing improved cassava varieties for small farmers in sub-Saharan Africa and indeed, globally,” said Kahn. She noted that the Bill & Melinda Gates Foundation supports increasing open access to data in all its projects.

“Different versions of cassava genes can be found in all breeding programs. What one program learns about its genes can benefit everybody,” said Jean-Luc Jannink, lead scientist on the NEXTGEN Cassava project, research geneticist with the US Department of Agriculture and adjunct professor in the Cornell University department of plant breeding and genetics. “All our learning is leveraged by sharing,”

Data is publicly shared on Cassavabase through adherence to the Toronto Agreement on pre-publication data sharing (Nature 461, 168-170, 2009), by informing users on the data quality and standards, as well as plans for publication. Users are expected to respect etiquette and allow data generators to publish analyses from their data sets first.

Project partners and donors envisage Cassavabase as a tool that will serve the whole cassava community, and that it will last beyond the lifetime of the NEXTGEN Cassava project.

No other continent depends on cassava to feed as many people as does Africa, where 500 million people consume it daily. Africa's small farmers produce more than half of the world's cassava, or about 86 million tons from over 10 million hectares. The tough plant requires few inputs and can withstand drought, marginal soils and long-term underground storage.

A cash crop as well as a subsistence crop, the storage roots of the perennial woody shrub are processed, consumed freshly boiled or raw, and eaten by people as well as animals as a low-cost source of carbohydrates.

The NEXTGEN Cassava project aims to use the latest advances in breeding methodology to improve productivity and yield in cassava production, incorporate cassava germplasm diversity from South America into African breeding programs, train the next generation of plant breeders, and improve infrastructure at African institutions. NEXTGEN Cassava is supported by a $25.2M grant from the Bill & Melinda Gates Foundation and the Department for International Development of the United Kingdom.

You're unworthy for consideration, blame yourselves for aban...
16 minutes ago