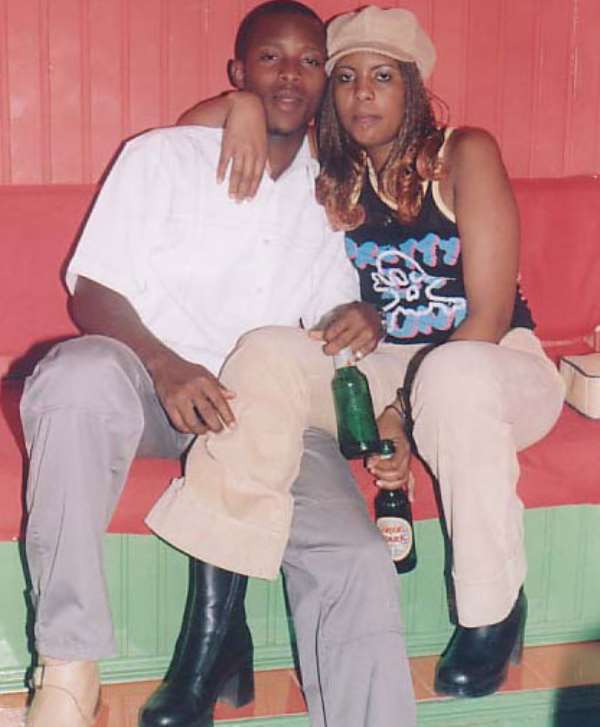 Kenyan wife and her Ghanaian boyfriend suspected"Impotent" husband, adulterous wife, gigolo boyfriend and a possible suicide The Swedish government has requested that Ghana expedite investigations into the mysterious murder of a 62-year-old Swedish national at his plush residence at Roman Ridge, a suburb of Accra, in the wee hours of Sunday, November 30, 2003. They are also demanding swift justice from the Ghanaian authorities, Gye Nyame Concord has gathered. The Swede, Lass Lassman, was stabbed 15 times on his left chest to death and was reportedly found soaked in his own blood on his bed by his 22-year-old pretty Kenyan wife, Ms. Agnes Leelempo, the next day. The police have however charged the wife and her Ghanaian boyfriend, Kobby, with murder and conspiracy to murder, whilst they investigate other clues on the death of Lassman, including the possible role of a Swedish business partner of the deceased in the gruesome killing. Another clue, this paper learnt, has left the police examining the possibility of suicide in the death of Lassman. Kobby and Ms Leelempo appeared before the Osu District court last Thursday and were remanded to reappear next week Thursday, December, 18. The two sweethearts have pleaded not guilty to the charges against them. At her maiden appearance, Ms Leleempo shocked the court with her no-holds barred admission that Kobby was a boyfriend with whom she had slept on three occasions. According to her, her husband was impotent and unable to have sex with her, so she was compelled to find a boyfriend to sexually satisfy her. Ms Leelempo also told the Police Homicide Unit when initially arrested that she was partying at the popular Jokers night club at La, Accra, on the night of the husband’s murder. Ms Leelempo, who looked unruffled by the death of her husband, told the police that she knew nothing about it. ShMs. Leelempo and boyfriend Kobby.