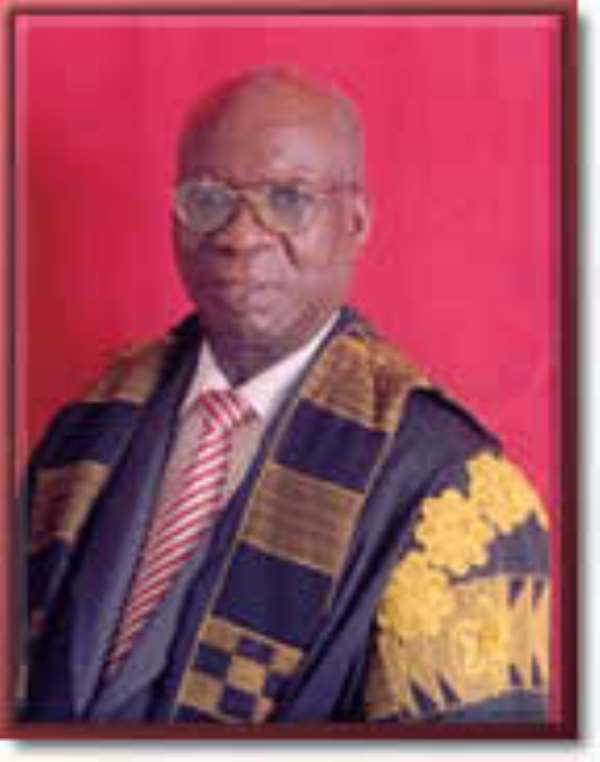 The Speaker of Parliament, Mr Peter Ala Adjetey, has described as unacceptable the attitude of some Members of Parliament, who only go to the House to sign their names in the attendance book but refuse to go to the chamber to participate in the business of the House.

He said most times the number of members whose names appear in the attendance book as having been present far outnumber those who were actually present in the chamber. The Speaker expressed the concern at yesterday’s sitting when he realised that 156 members were purported to have attended sitting on Thursday when, members who were actually in the chamber were far below that number.

The Speaker, therefore, called on the leadership of the House to take measures to ensure that members who sign the attendance book actually come to the chamber to participate in the business of the House.

Mr Amadu Ali, (NDC, Atebubu South) said the situation is disheartening and called on the leadership to do something that would motivate members to attend sitting. The NPP Member for Asante Akyem South, Mr A.K. Korankye, suggested that the register should be removed from the Mails Room to the chamber to ensure that the practice was eliminated.

The Minority Leader and NDC Member for Nadowli North, Mr A.S.K Bagbin, said sometimes the Clerks did not only rely on the attendance book but mark members as they entered the chamber and stressed that the process should be encouraged. The Majority Leader and Minister of Parliamentary Affairs, Mr Felix Owusu-Adjapong, (NPP Akyem Swedru) said the issue would be raised at the next close sitting of the House.

Answering an urgent question, posed by Alhaji Abukari Sumani (NDC,Choggu/Tishigu) on what steps the Ministry of Works and Housing was taking to prevent the perennial shortage of water in Tamale, especially during the holy month of Ramadan, the Sector Minister, Alhaji Mustapha Idris, said as a lasting solution to the problem, feasibility studies for an expansion project had been prepared and it was estimated at £48 million.

He said negotiations for funding by a consortium made up of Sepannie Construction Company, Nissho Iwai and the West African Water Association U.K as well as other prospective investors, was ongoing while the government was also soliciting for bilateral donor funding.

Meanwhile,he said a number of interim measures had been planned to sustain operations. This, he said, included securingthe present production capacity of the treatment plant, effective and efficient water supply rationing as well as intensifying public education on water conservation.

He also said installation of outlets and waste-not taps on water supply systems serving 42 communities between Dalun and Tamale to minimise wastage, is being carried out in addition to enhancing effective collaboration with the Volta River Authority, the National Electrification Department to monitor power supply to the pumping stations in order to minimise the effect of power fluctuations interruptions and outages which seriously affect water supply.

Responding to a supplementary question from the member, the Minister said there was the need to replace metal pipelines with plastic ones which were more durable. The House adopted the report of the Committee of Selection on the Reconstitution of membership of standing and select committees of the House.

Moving for the adoption of the report, the Chairman of the Committee and the First Deputy Speaker, Mr. F. W .A Blay, said due to a series of bye elections, six new members had been elected as MPs hence the need to assign them responsibilities to serve on the various committees. He also indicated that in 2001, when committees were being composed the strength of Minority Caucus was almost on a par with that of the Majority Caucus — hence the equal sharing of places on committees.

The Trade Marks Bill, which intends to protect trade marks and other related matters, was taken through a second reading. The Minister of Justice and Attorney General, Papa Owusu-Ankoma moved the motion, which was seconded by the Chairman of the Committee, Mr. Kwame Osei-Prempeh, (NPP, Nsuta Kwamang).

Presenting the Committee’s report, the Chairman said the bill also sought to review, the Trade Marks Act 1965 (Act 270) to bring in line with the international obligations of the country under the Trade-Related Aspects of Intellectual Property Rights (TRIPS) agreement.

He said the bill would also revise the Merchandise Marks Act 1964 (Act 253) which dealt with fraudulent marks. The House is expected to rise sine die on December 18 2003.