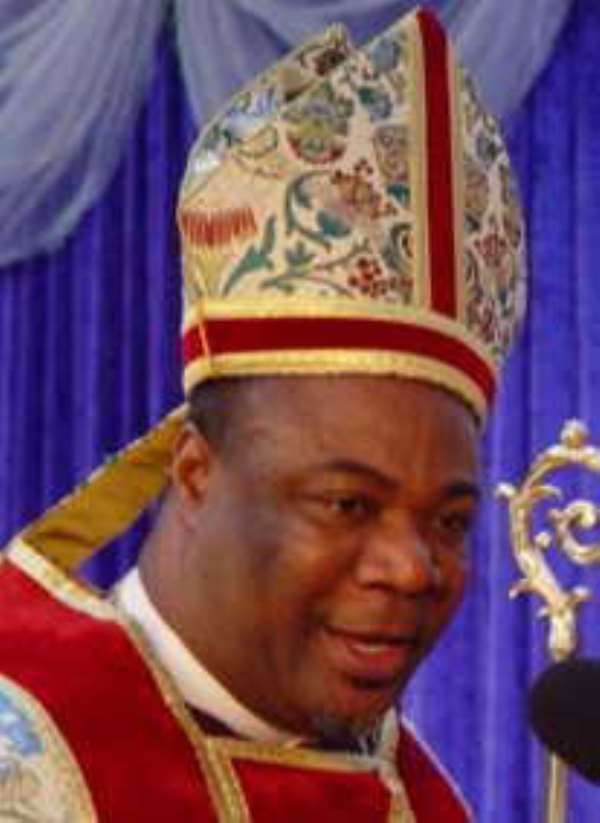 Accra, Dec. 8, GNA - The leader of Action Faith Ministries, Nicholas Duncan-Williams was on Sunday enthroned Archbishop of the Trans Atlantic Pacific Trust Alliance of Churches (TAPAC).
Speaking after his enthronement, Archbishop Duncan-Williams stressed the need for one to persevere in the face of daunting difficulties.
He promised to continue to be the father and friend of all the communicants of the church irrespective of his exalted position.
Archbishop Duncan-Williams said he was offering himself to be enthroned by others instead of doing it himself because he wanted to follow the example of Jesus Christ, who submitted himself to be baptised by John the Baptist.
The enthronement, which took place at the ultra-modern Action Faith Ministries Chapel on the Spintext road in Accra, was attended by a large number of people including the former Vice President and presidential candidate of the National Democratic Congress (NDC) for the 2004 elections, Professor John Evans Atta Mills.
Others were, Mr Jake Obetsebi-Lamptey, Minister of Tourism and Modernisation of the Capital City, and Mr Michael Afedi Gizo, Member of Parliament for Shai /Osudoku.