Our Officials As Agents Of Neo-Colonialism 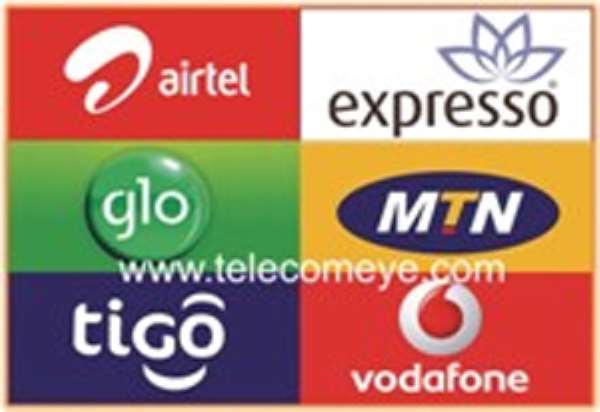 It is difficult not to think that our elite in Africa are in cahoots with our slavemasters to keep us in perpetual servitude.

I have often lamented the attitude of our paid officials who behave more and more like agents of the neo-colonial forces bent on ruining our lives in Africa.

Instead of investing in state-of-the-art modern technologies to give us quality services, these companies will 'invest' in the most obsolete equipment.

They give us the shoddiest services at the highest rates possible, and laugh all the way to their banks.

They will then invest some of the ill-gotten (totally undeserved windfall) in organizing lotteries, raffles and other razzmatazz to bedazzle us.

They are forever sponsoring this or that jamboree in other to make themselves look good. And many of us are too stupid to realize the con-game the tricksters play on us.

We are too stupid to realize that we are paying for all the bull…. they are dishing out in the name of 'good corporate citizen sponsorship.'

We have men and women, who ought to know better, dancing silly to the pantomime of these Telcos just because they have receive some envelopes or air-time.

The Telecomm companies were not license to play Father Christmas. They did not come into Ghana to give away cars, televisions, phones or whatever through their useless jamborees.

They got their licenses to deliver telecommunication services to us. No more and no less.

Why do some among us believe the nonsense the Telecomm companies spew out through their marketing departments?

The Telecomm operators offer sloppy services for which they continue to rape us like no man's business. All that we get are call drops and bad networks. They then turn around and try to pretend that they are some giant Father Christmas filled with nothing but high altruism.

I have used mobile telephones in both Europe and Africa, so I am in a position to make some commentary on the type of services operators render in both places.

In no other place but Ghana would the Telecomm companies be allowed to sell the stupid modem they tout as 'broadband' with speed less than the 1200bpm modems I used in the 1980s while a student in Europe.

In utter breach of our laws, they continue to bombard us with useless unsolicited advertisements.

Most of them are doing their best to turn us into gamblers whether or not we like it.

Again, what are our paid officials doing to compel these companies to use our hard-earned money to provide us with good and quality service?

Why are the telecomm companies not compel to spend more money on getting the best equipment, instead of splashing our money on nauseating marketing jamborees?

As a victim, I say that our officials do absolutely NOTHING.

When I complained to the National Communication Agency (NCA) about the fraud GLO Ghana audaciously perpetrated, the Director asked if I wanted to teach them their job!

Pissed off by the audacity of GLO Ghana to perpetrate the gigantic BIG 5 fraud, I'd launched a vicious media campaign which got the attentions of the management. Not satisfied with their imbecilic excuses, I took the matter to the NCA.

The Director himself initiated the call and when he started to behave like someone in the pay of GLO, I asked him what the point is in his calling me?

It was then he asked the ubber stupid question as to whether I was trying to teach him his job.

If he was doing his job, GLO Ghana would never had dare to so blatantly dupe its customers with that 419 Promo it called BIG 5.

In many parts of the Netherlands, Telecomm companies have placed wifi equipments so that anyone with a suitably equipped laptop or notebook can browse free of charge.

That is a very noble idea which the telecomm operators operating in Ghana can try to emulate instead of their stupid 'win this or that' jamborees.

If the Telecomm companies in Ghana make so much money from us that they can afford all the stupid jamborees they sponsor, what stops them from putting free wifi services at all campuses of our tertiary institutions, or in all public places at our major cities?

That definitely will be a more salutary undertaking than the attempts to turn us into mindless gamblers?

Of course, such positive ideas will never enter into the equation of any neo-colonial multi-national which exists only to suck the blood of the world's sufferers.

What however is most galling is that we have state officials who are paid salaries to check the abuses of these Telecomm companies.

There are also ample laws in the land to curb the nefarious activities of these companies.

As citizens we ought to ask why those that are put in office to ensure that our laws and obeyed by all and sundry.

Per the Electronic Transactions Act, 2008 - Act 772, all the Telecomm companies that send out unsolicited electronic communication without obtaining the prior consent of the consumer, are guilty of an offense.

(b) with the identifying particulars of the source from which that person obtained the consumer's personal information at the request of the consumer.

(4) a person who contravenes subsection (1) commits an offence and is liable on summary conviction to a fine of not more than five thousand penalty units or a term of imprisonment of not more than ten years or to both.

(5) A person who sends unsolicited commercial communications to another person or who continues to send unsolicited commercial communications after cancellation of the subscription commits an offence and is liable on summary conviction to a fine of not more than five thousand penalty units or a term of imprisonment of not more than ten years or to both.

(Bold and italics are mine for emphasis).
I have unsolicited mails from Vodafone asking me to improve my Azonto skills by texting to a number (for a fee, of course). Another one from the same network asked that I text to 4141 for a Cool Chop Promo and Win BIG with a promise of a land from Lakeside estate! Through unsolicited mails, Vodafone has also appointed itself sex counsellor that charge for services on how to improve sex life!

For its part, Airtel said I could win GHC 20,000 in the Airtel More Cash promo! I should simply send my name to 6262 and win BIG at 50Gp per SMS. They did not forget to ask that I should start: “Start Texting Now.”

Per the provision of the law I quoted above, the companies are engaging in illegality; they are flagrantly flouting the laws of this country. And they are doing it with impunity.

I am informed that only the National Lottery is authorized by law to organized lotteries.

Yet, these Telecomm companies are doing it openly with no one to call them to order!

And the Director of the NCA sleeps on the job and asked me if I want to teach him his job!