Away With Foreign Taste 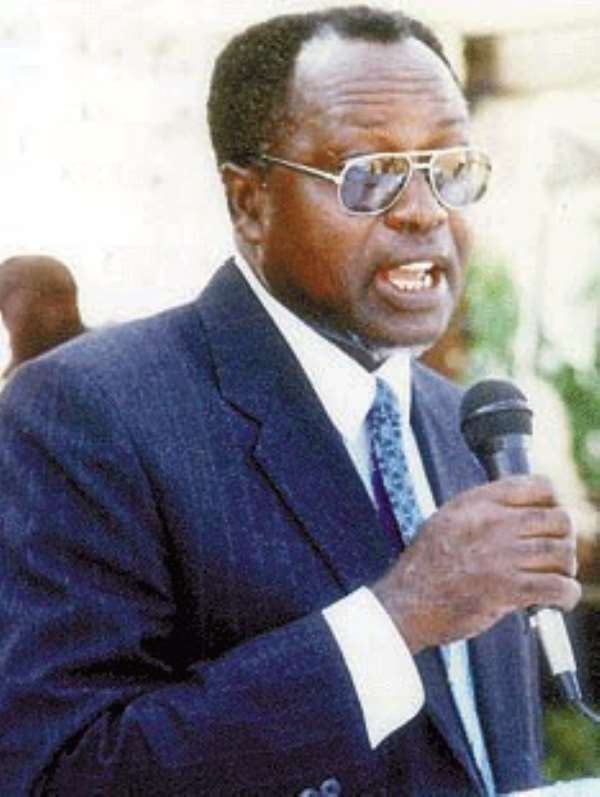 Professor Ivan Addae-Mensah, immediate past Vice-Chancellor of the University of Ghana, says Ghana's industrial promotion programmes will not succeed unless Ghanaians regain their self-confidence that will enable them produce quality goods without the intervention of foreign investment or partners.

He said the syndrome that most Ghanaians that it is only foreign goods that are of good quality must give way to a determination to succeed.

"If we do not change our tastes and support our local industries through a conscious effort to change our consumption patterns our dream of becoming middle income agro-based industrial nation by 2015 will only be a pipe-dream."

Prof. Addae-Mensah who was delivering a lecture as part of the 50th anniversary of the University of Ghana at the Great Hall said over the years Ghana has drawn up several industrial plans, prepared policies, blue prints and documents.

" We have made attempts some successful, others disastrous to implement the provisions of these plans. When one critically examines these plans, one notices the glaring similarities in every single one of them, particularly in the identification of the problems and the envisaged solutions."

He said each of these plans has recognized the important role education plays especially technical, vocational and higher education as well as research and development.

The Presidential Committee on Education Reform also identified a similar trend even in the existing educational structure.

These include a system where grammar and general education is overemphasized to the detriment of technical and vocational education and training.

Currently there are 474 state senior secondary schools as against only 23 state technical and vocational institutes.

The report explained that the administrative structure of vocational and technical training has not been developed and effectively implemented and this has made the Junior Secondary School (JSS) the weakest link in this area.

Prof. Addae-Mensah said not much attention has been paid to the development of technical and Vocational sectors to boost the country's industries.

He mentioned Bonsa Tyre factory, the Abosso Glass Factory, the sugar industry as some of the industries that have been allowed to deteriorate as a result of lack of financial support and technical expertise.

"The Abosso Glass factory which was divested to a private investor is now worse off than when it was a State Enterprise," he said adding, "Our textile industries which were the very envy of the West African Sub-region and which at 1971 numbered 77 have all now virtually collapsed thanks to globalisation and Trade liberalization."

Prof. Addae-Mensah said the infant electrical and electronic industries including Akasanoma and Sanyo, which had the potential to make Ghana a Taiwan or Japan of West Africa have now either collapsed completely or become net importers of finished products.

"I have an Akasanoma deep freezer bought in 1971 and it is still going strong," he said.

The Ghana Standards Board that was set up to help industries improve on quality has also contributed significantly to the demise of industries.

"The work of the GSB depends heavily on the availability of critical mass of high calibre scientific and technical personnel, trained in our higher educational institutions including the universities and the polytechnics to perform its work efficiently," Prof. Addae- Mensah said.

According to him, no country's industry and commerce can operate in this highly competitive global environment without strict enforcement of minimum standard requirements.

"After doing the right thing by setting up the Ghana Standards Board as a watchdog and regulator of industrial performance, it appears as if we have simply tied its hands at its back and yet expect it to perform miracles."

The problems facing the board are varied.

Lack of adequate and appropriate trained manpower and up-to date equipment as well as logistical support.

Financial constraint appears to be the prime. Prof. Addae-Mensah says the Board cannot even maintain the current stock of equipment it has let alone renew them.

"If the regulatory body expected to keep an eye on industry, ensure efficiency and adherence to minimum quality standards is itself unable to acquire the requisite tools, equipment and appropriate manpower to carry out its mandate, how can we expect industry itself to perform to acceptable standards?"

He said if Ghana does not rapidly create the critical mass of scientists and technologists, the country will be unable to provide and manage emerging industries with the required human capital as well as modernise and re-equip existing industries to meet current challenges and cope with global trends.

At the inauguration of a Presidential Committee on Promotion and Revitalisation of Industries of which Prof. Addae-Mensah is a member, President John Agyekum Kufuor said, " I believe that it is not contentious to state that the industrial sector of the economy is in a rather parlous condition; the task facing the committee is therefore an urgent and difficult one."

At independence the nation had high hopes of rapid industrialization but unfortunately the President said the enthusiasm has not kept pace with the country's ability and often a project started with high hopes turns out to be unsustainable. "The countryside is littered with the remnants of factories full of inappropriate machinery or where not enough planning has been done to ensure sustainability." The President told the Committee members adding "Even as I urge you to make recommendations realistic and sustainable, I want you to think big and far into the future."

Throwing more light on the country's new trade policy, the Minister for Trade and Industries Alan Kyerematen said, "the major thrust of our trade policy is to manage both internal and external trade for purposes of supporting our agenda for industrialization."

Kyerematen who was speaking at a meeting with the press earlier in the year said the Ministry intends to use tariff and other non-tariff measures as instruments to promote domestic manufacturing activities.

A comprehensive anti-smuggling and anti-dumping campaign to enhance the competitiveness of locally produced goods and a strong market intelligence unit will be set up in the Ministry to support the initiative.

But some analysts believe this policy could face stiff opposition from the country's development partners, who, through their policies have opened the economy for foreign interests.

A clear example is the recent introduction of additional tariffs on rice and poultry to support local industries, a well-conceived policy, which was slammed by the International Monetary Bank and later withdrawn by government.

A lot of water has passed under the bridge since government withdrew tariffs, but poultry farmers have threatened to drag the government to court over the matter.

Another trade policy issue according to the Trade Minister is to encourage Consumer Associations in their advocacy role to ensure that goods sold on our markets are of the right quality and meet national standards.