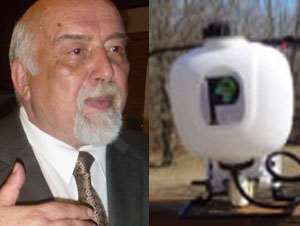 The product, Preventine Mosquito Larvae Control (MLC), which was introduced into the Ghanaian market last week, was developed to fight malaria, dengue fever and Nile Fever.

The new product containing minerals such as gold, silver, copper, aluminum and zinc was specifically formulated to break down the cell walls of the mosquito larvae when sprayed onto their breeding sites.

According to Peter Troniseck, Board Chairman of Preventine Limited, MLC kills and takes away larvae in the water, adding that Ghanaians should be careful of pipe borne water used for preparing food.

He said stagnant water and open drains breed an amount of 3500 Anopheles mosquito larvae species which cause malaria.

He added that MLC does not only kill mosquito, but also controls a lot of diseases such as elephantiasis, yellow fever and house flies.

MLC is said to be safe for open drainage, lagoons and stagnant water but not for the use on water or fish-stocks intended for human consumption.