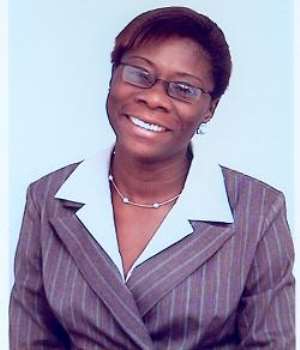 As part of its corporate social responsibility commitment, Newmont Ghana's Ahafo Mine has handed over two-unit nurses' quarters to the people of Yawusukrom in the Asutifi North District of the Brong-Ahafo Region.

The GH¢55,000 building is to accommodate health personnel who will be manning the CHPS compound project in the town, provided by the District Assembly.

The German Society for International Cooperation (GIZ), a partner to the Ahafo Mine's Community Development programmes, provided furniture worth GH¢5,940 to furnish the two apartments.

Speaking at the handing-over ceremony at Yawusukrom, the General Manager of Environment and Social Responsibility of Newmont Ghana Ahafo Mine, Paul Sowley, stressed the company's resolve to ensure the general wellbeing of people living around the mine, emphasising that the gesture was done in line with Newmont's adherence to its health and safety values.

He said the accommodation facility would go a long way to facilitate the effective administration of primary healthcare in the community.

An official of GIZ, Maxwell Hammond, called for the early completion of the CHPS compound, in order to bring health care to the door-steps of the people, and stated his outfit's readiness to partner with the government to see to its completion.

The District Coordinating Director of the Asutifi North District, Alhaji Haruna Abdul-Salam, lauded Newmont for its commitment to the general wellbeing of the community members, promising that the District would ensure the early completion of the CHPS compound, to enhance the delivery of accessible health care for the people.

On behalf of the people of Yawusukrom, the Dwanetoahene of the area, Nana Kwaku Agyei Boakye, thanked Newmont Ghana for coming to their aid, and promised that the community would see to the regular maintenance of the facility.