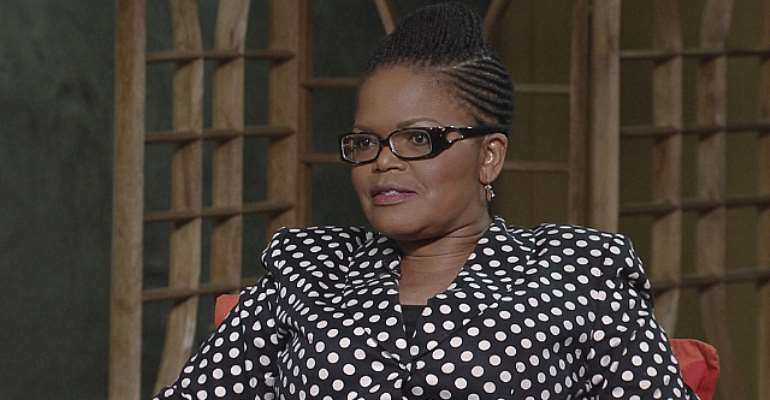 Beatrice has been called “the bravest lawyer in Africa” for her work over two decades defending the many activists, opposition candidates and farmers jailed by Robert Mugabe's government.

She was arrested on Sunday, 17 March 2013, for “obstructing the course of justice” while attempting to come to the aid of her clients – MDC-T officials Thabani Mpofu, Felix Matsinde, Anna Muzvidziwa and Worship Dumba. Despite an order for her release from the High Court of Zimbabwe, her lawyers have been unable to secure her release, as she's been moved from one police station to another.

Before her arrest, Beatrice visited South 2 North's Johannesburg studio to discuss July's upcoming Zimbabwean elections; the way that human rights abuses have led to a flood of refugees into countries like South Africa; and the South African National Prosecuting Authority and Police Services' decision to open an investigation into the widespread rape perpetrated in the lead up to Zimbabwe's 2008 elections.

In this week's episode, Redi also speaks to Kennedy Gihana, whose entire extended family of 20 - except for one brother - was murdered during the Rwandan genocide in 1994, which saw over 800 000 Rwandan murdered in 100 days.

Alone and desperate, Kennedy left Kigali and walked 3000 kilometres in six months to finally reach South Africa. After briefly living on the streets of Johannesburg, he has established himself as a successful human rights lawyer.

His remarkable story has been told in the book Rat Roads, written by Jacques Pauw.

Redi's third guest is Myanmar human rights activist Maung Tun Khin, who is currently exiled in England, where he is president of the Burma Rohingywa Organisation.

Myanmar is Asia's newest democracy, after 2012 elections saw the end of a military dictatorship and a return to world favour.

But like other Rohingywas, Tun Khin has been denied citizenship within Myanmar, where the Muslim minority is being herded into camps where they face a triple threat from violence, starvation and disease. Stories of mass torture suggest a hidden genocide is underway.

“Imagine being declared stateless and not able to return to your country of birth because of your tribe, ethnicity, skin colour or religion?” says Redi. “Now imagine being on a boat for 25 days and slowly starving to death. That was the fate last month of around a hundred refugees from Myanmar, but - despite this tragedy and many others - the exodus of refugees continues. The UN estimates about 13 000 Rohingya fled western Myanmar and Bangladesh in 2012, and an estimated 500 refugees have already died at sea, with more expected.

The United Nations says the long-running conflict between the Buddhist majority and Muslim minority population is a humanitarian tragedy in the making. In Rwanda in 1994, the world ignored the warning signs that could have prevented a genocide. Are we about to see the same thing happen here?”

For more information, visit http://www.aljazeera.com/programmes/south2north/, where all episodes are available to watch online.

You can also tweet your questions, comments and opinions to @AJSouth2North or find South 2 North on Facebook: http://www.facebook.com/pages/South-2-North/255419671252120.

Catch up on last week's episode, where Redi asked who polices the police, at https://www.youtube.com/watch?v=tOluw9QTGeY.