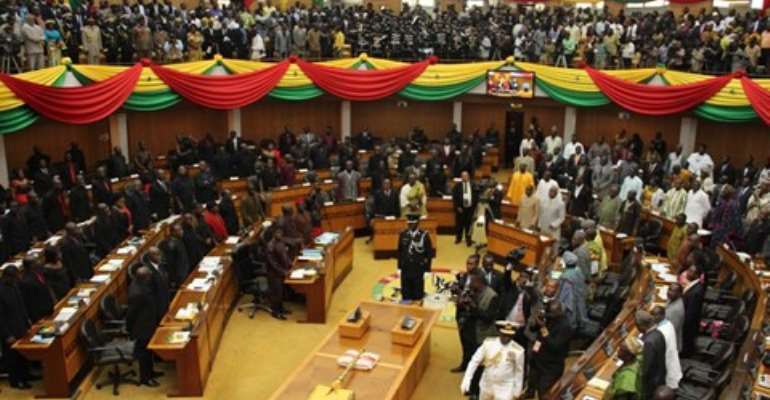 Mr Ebo Barton Oduro, First Deputy Speaker moved for the approval on the floor of Parliament.

This followed a report of the Special Budget Committee on the 2013 budget estimates of the NMC signed by Dr Benjamin Kunbuor, Majority Leader and Chairman and Mrs Akua Durowaa Owusu Agyekum, Clerk to Parliament, which was read on the floor of Parliament seeking members approval.

The report noted that the NMC would bring renewed focus on improving media regulations, especially in conflict sensitive areas to promote peace, harmony and national development.

The NMC would work to ensure the early passage of the Broadcasting Bill, which will help the NMC in the delivery of its mandate and also establish regional media advisory councils to help deal with issues of media responsibility in the ten regions of the country.

The Committee observed that in the quest to fulfil its mandate the NMC intended to put in 2013 the necessary technology, which would enable it monitor the media and enforce operational guidelines, especially that of the electronic media.

The Committee also noted, however, that the amount of GH¢ 1,710,000.00 allocated to the NMC to take care of assets, was inadequate to cover the installation and maintenance of the equipment as well as acquisition of furniture, fittings and repairs on its office buildings.

It said the NMC was currently saddled with the problem of acquisition of a specialised air conditioned facility to house its state of the art highly sensitive media monitoring equipment, which had been procured with funding from the European Union and was now housed in unstable conditions, which might impair its use.

The Committee said the allocation for assets could not satisfy the installation and maintenance of the equipment, adding that a major rule for compliance and enforcement in every set up was the ability of its regulatory agency to monitor without which the NMC's mandate to ensure a free fair and responsible media could not be realised.

The House, therefore, urged the Ministry of Finance and Economic Planning to consider the request of the NMC and ensure that the shortfall in the allocation for assets expenditure was catered for should there be a supplementary budget.

I Wish You Die In Prison — Judge To Convict Who Defiled His ...
25 minutes ago