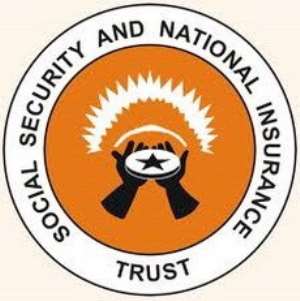 The Bureau of Internal Affairs (BIA), an anti-corruption organisation and information gathering centre, is accusing the Social Security and National Insurance Trust (SSNIT) of mismanaging the Pension fund.

This, according to the bureau, is leading to agitations within the workers front.

A statement issued by the Coordinating Director of the Bureau, Godfred Nkrumah on Monday, alleged that the management of SSNIT had created administrative lapses in order to siphon the funds into their own pockets.

“Because of that any report of financial malfeasance brought before management is not given any attention,” it said.

In 2010, the statement claimed, the Ashanti Regional Area Manager and the Accountant of SNNIT who were accused of misusing Pension Funds, were not punished although an audited report revealed that the Manager had spent GH¢ 3.5 billion without approval.

“Our report indicates that the Ashanti Regional Area Manager is due for retirement next month. This means that he is retiring freely and getting away with financial malfeasance."

The statement said the bureau is also investigating reports of improper purchasing of private properties in Labone worth millions of Ghana Cedis by SSNIT and would soon make the findings public.