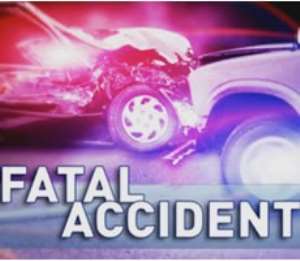 Three school children have died on the spot, and one seriously injured in a road accident at Ekumfi Eyisam near Mankessim, in the Central region.

The children were knocked down by the vehicle in their attempt to cross the road to school.

The entire Eyisam community is said to have been thrown into shock and mourning.

The Municipal Police Commander, DSP David Ashong who confirmed the accident to Myjoyonline.com said the driver of the vehicle who was on his way from Ho to Cape-Coast claimed the vehicle veered off the road and drove into the children.

DSP Ashong says the bodies of the three have been sent to the Saltpond Government Hospital morgue, pending autopsy, while the surving child is responding to treatment at the Catholic Hospital in Mankessim.