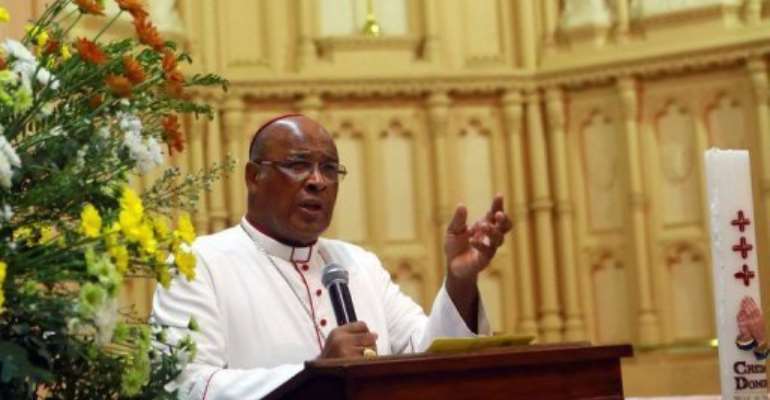 JOHANNESBURG (AFP) - A South African cardinal apologised to sex abuse victims on Monday for describing paedophilia as an illness and not a crime in an interview.

"I apologise to victims of child abuse offended by my misstatement of what was and still is my concern about all abused, including abused abuser," Cardinal Wilfrid Fox Napier, the Archbishop of Durban, said on Twitter after his interview Saturday to the BBC.

"I believe that every dictionary consulted confirms paedophilia is a medical condition. What is a crime is the sexual abuse of children," he said.

"Therefore paedophilia must be treated. What must be punished is the crime of sexual abuse of children," he said.

"It's the supreme irony. Because I raised the issue of the abused abuser, I stand accused of insensitivity to the sufferings of the abused," Napier said.

His comments come as Pope Francis, the first pope to hail from Latin America, takes the helm of a Catholic Church rocked by thousands of cases of child abuse by paedophile priests.

Napier, who was among the 115 cardinals who elected Francis at the Vatican on Wednesday, told the BBC: "From my experience paedophilia is actually an illness -- it is not a criminal condition."

The 72-year-old added: "What do you do with disorders? You have got to try and put them right."

He spoke of two priests he knew who were abused as children and went on to become paedophiles.

"Don't tell me that those people are criminally responsible like somebody who chooses to do something like that," he told the BBC.

"I don't think you can really take the position and say that person deserves to be punished when he was himself damaged."

Napier stoked controversy when he refused to expel South African priests accused of child abuse after the scandal broke out in 2002.

In a statement, the Southern African Catholic Bishops' Conference said "paedophilia is de facto a criminal offence," adding "perpetrators must take responsibility for their actions."

It also said "unfortunately, there have also been failures on the part of the Church."