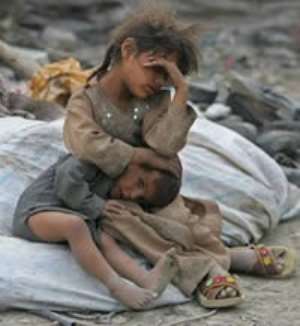 The Nestlé Healthy Programme is part of the Nestle creating shared value (CSV) initiatives. CSV is a fundamental part of Nestlé's way of doing business that focuses on specific areas of the company's core business activities, where value can best be created both for society and shareholders.

The programme began in 1992 in France to address the unhealthy eating habits of teenagers. The scope of the programme is all countries in which Nestle is operating. It is currently being implemented in 64 countries with 13 others to join by 2015.

The target group is schoolchildren in primary one to primary six within the ages ranging from six to sixteen years.

Nestle and all the stakeholders seek to encourage nutrition and physical education in communities by making school attendance attractive for children as well as their parents. This age group was chosen because in Central and West Africa, malnutrition is of concern in the development of the region.

The programme has been piloted since 2011 in the Central and Western regions in Agona East and Juaboso respectively, and will roll out to three other regions — Eastern, Ashanti and Northern — which will commence this year. The programme has so far reached 2,400 pupils, 10 schools and 80 teachers in the Juaboso and Agona East districts.

The implementing partners of are the Ministry of Education and the Department of Nutrition and Food Science of the University of Ghana.

Mr El Hout stated that it was necessary to practice and advocate healthy nutrition and daily physical exercises.

He also congratulated the headmistress and staff of the University of Ghana Basic Schools??? for the “litter free campaign” and supplemented their efforts with the provision of dustbins and other logistics to support the campaign because it is in line with the healthy kids teaching modules.

He thanked the implementing partners for contributing to the key learning materials like the Healthy Kid's Reader and Teachers' manual, food models, playing kits and rhymes.

He cautioned the pupils to be disciplined and obey their parents and teachers not only in this programme but in their whole life because a country can only develop based on discipline.

The headmistress of the school, Ms Cecilia Morrison, said that ahead of the inaugural ceremony, members of staff had also instituted a monthly health walk on campus, the first of which was held on Saturday, January 12, 2013 in which quite a sizeable number of parents, some with their children, took part.

She expressed the hope that the exercise would be maintained because a healthy mind is in a healthy body.

Prof. Steiner Asiedu, University of Ghana's Food Science Department, stressed the need to stay healthy so that money spent in treating sicknesses and diseases can be channeled into the education sector.

Mrs Dorothy Owusu, Municipal SHEP Coordinator for Ga East, said that they were working hard to impart good nutrition knowledge into the children so that the human resource would be very useful.