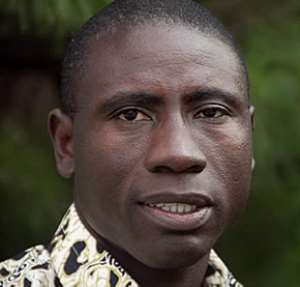 Master Isaac Rockson, Chairman of the Youth Advisory Board of the WCP and a pupil at the Old Hospital Junior High School (JHS) at Sekondi, announced this at a press conference at Takoradi at the weekend.

He said it was the first time a Ghanaian had been nominated for the prize since the project was initiated in Ghana by the Advocates and Trainers for Children's and Women's Advancement and Rights (ATWAAR) with 500 children in seven schools in 2004.

Master Rockson said Mr. Annan had been working to rescue and rehabilitate children used as fishing slaves in Ghana for the past 10 years.

He said Mr. Annan himself was a fishing slave for seven years but managed to escape, get an education and became a bank manager.

Master Rockson said six years ago, Mr. Annan left the bank to work solely to stop child slavery and formed an organization, Challenging Heights, which was able to liberate 500 children from slavery in 2003.

'We are happy that a Ghanaian has been chosen for the award', he said.

Another nominee for the WCP is Sompop Jantraka, a former child labourer who spent 25 years fighting the child sex trade and helping vulnerable children in the 'Golden Triangle' area in Thailand and neighbouring countries.

The third nominee is Kimmie Weeks of Liberia who has been fighting for children affected by war for 20 years and while a child, he exposed the President of Liberia for recruiting child soldiers, he said.

Master Rockson said the three candidates were chosen by an International Child Jury of the WCP.

He said thousands of Ghanaian children would join with other children around the world in a Global Vote to select the winner of the prize.

Master Rockson said in 2008, about 600,000 children in eight regions in the country participated in the programme.

He said all three candidates would be honoured at an award ceremony at Gripsholm Castle in Mariefred in Sweden on October 17 this year where High Majesty Queen Silvia would help the children to present the awards.

Master Rockson said this year's prize money would be used to help children in slavery, children who have been exploited through trafficking and children orphaned by war.