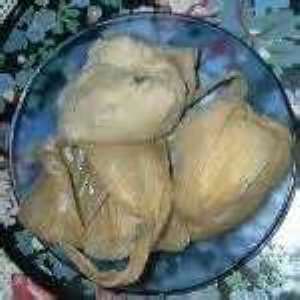 The untold hardship Ghanaians are going through has attracted the attention of some Members of Parliament, who have told the Minister of Finance to immediately put in measures that would restore hope in the economy.

The Member of Parliament (MP) for Nsuta-Kwamang/Beposo, Kwame Asafu-Adjei, who could not bear the brunt of the economic situation, stormed Parliament yesterday, holding kenkey and fish to show to the Finance Minister that they had become unaffordable to the ordinary Ghanaian.

The high price of foodstuffs, the MP noted, was a result of the mismanagement of the economy, which has led to low investment in the agricultural sector by the ruling National Democratic Congress (NDC).

Mr. Asafu-Adjei made this observation yesterday, when contributing to the debate on the 2013 Budget statement on the floor of the legislative House. Present at the debate was the Minister of Finance, Seth Terkper, who had earlier moved the motion as such.

According to the MP, though the government claims to be subsidising fertiliser to farmers, the situation on the ground depicts a different scenario, as many farming communities are neglected in this nationwide exercise.

This situation, he noted, had resulted in the death of more children, as a result of malnutrition, because 'parents could not afford to buy food for their children.'

At this juncture, the MP for Asawase, Alhaji Mohammed-Mubarak Muntaka, intervened and demanded that Mr. Asafu-Adjei provide the House with empirical evidence to substantiate his claim of more children dying as a result of malnutrition.

Mr. Asafo-Adjei, in a sharp response, noted: 'Mr. Speaker, even khebab, known in local parlance as 'chinchinga', has become expensive.' Continuing, Mr. Asafu-Adjei averred that this difficult situation was not experienced under the Kufuor-led New Patriotic Party (NPP) administration. He described the 2013 Budget Statement as 'anti-hope' for the agricultural sector.

Bringing to the public notice some faults in the budget statement, the MP for Kwadaso, Dr. Owusu Afriyie Akoto, disclosed that the allocation of GH¢340.8 million to the agriculture sector was meagre, and would lead the sector nowhere.

He noted that the said amount was less than 2.2% of the total budget allocation, which was far too small for a sector that had been contributing significantly to the overall Gross Domestic Product (GDP) of the country's economy over the years.

However, Dr. Afriyie said the 4.9% growth projection would not be realistic, considering the meager resources allocated to the sector. 'Mr. Speaker, such low allocation will further affect the stagnant agriculture growth, which has characterised our performance in the recent years.

'GH¢340.8 million will not even turn around agriculture in the Northern Region, let alone the whole country,' he argued.

Dr. Afriyie, however, hinted that the smaller allocation would further deepen poverty for the 4.5 million farmers and fishermen, bringing about deprivation and hunger for food consumers.

Speaking about other problems the sector was confronted with, Dr. Afriyie stated that a report from the Ministry of Food and Agriculture had indicated that there was a sharp increase in imports of rice from 395,400 metric tonnes in 2008, to 543,465 metric tonnes in 2011.

'In fact, the sector is in such a state that the resources allocated, and the policies indicated in the budget, will not be enough to move the sector out of the rut in which it finds itself,' he lamented.

On his part, the MP for Mion, Alhassan Ahmed Yakubu, was of the view that the budget statement had laid down policies that would solve the problems confronting the agricultural sector and further boost its total contribution to the economy.

He stated that the government had promised to make available more fertilisers, seedlings and other farming tools to famers to help them increase their output, saying: 'Mr. Speaker, I want to make this clear, the agricultural sector is doing very well, and will continue to do well,' he said.