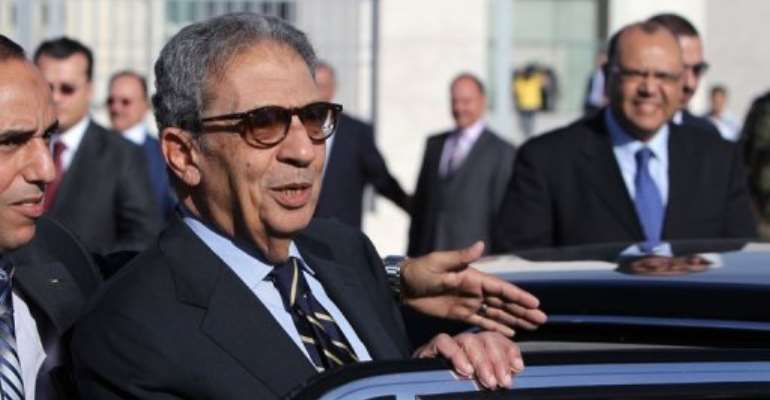 In an interview with AFP, Mussa said there had been no "serious talks" with the president on the opposition's core demand for a government of national unity despite the impact of the political deadlock on Egypt's faltering economy.

The opposition has come under strong US pressure to take part in the elections, which had been scheduled for next month, and Mussa said it might have done so had the president accepted the delay ordered by the court.

"We would have gained some time to talk about the points we are raising, and to give the government time to reconsider," he said.

The president's appeal "does reverse the situation," he said, "bringing it back to the tension around the election."

Morsi lodged the appeal on Wednesday against the March 6 court order cancelling his calling of the election, arguing he had acted within his sovereign powers when he set the timetable. The court has yet to give its ruling.

Mussa heads the National Salvation Front along with former UN nuclear watchdog chief Mohamed ElBaradei and leftist Hamdeen Sabbahi, who like Mussa ran against Morsi for the presidency last June.

The opposition bloc is demanding a national unity government ahead of any vote. Morsi insists it is for the new parliament to choose a new administration.

Morsi has faced persistent unrest in several cities. Clashes between protesters and police regularly close down a major Cairo thoroughfare near Tahrir Square, the hub of protests that overthrew president Hosni Mubarak in early 2011.

In the Suez Canal city of Port Said, the government has lost much of its authority after deadly riots forced Morsi to call in the military and withdraw police from their headquarters.

"This is the result of anger and frustration and the absence of the government itself," Mussa said.

"There is nothing for those people, young or old, to say: 'ah, now there is a good line of policy, let us see.' There is nothing of that kind," Mussa said, speaking in English.

"What I hear from people is... there is nothing that has changed. People say that is exactly what the revolution is about -- the poverty situation, the services situation."