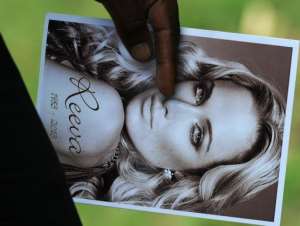 JOHANNESBURG (AFP) - The parents of Oscar Pistorius's slain girlfriend Reeva Steenkamp are being evicted from their home, a month after their daughter's death, the family said Thursday.

"They have been given notice on their home by the owners," Reeva's uncle Michael Steenkamp told AFP. "They are going to be vacating that house soon."

Since their daughter was shot dead at Pistorius's Pretoria home on Valentine's Day, Steenkamp's parents have retreated to their home in the southern coastal city of Port Elizabeth.

Michael Steenkamp said he was not sure of the reason for their eviction, but said the owner may want to sell the modest home, located in a quiet outlying coastal suburb.

Lawyers have confirmed the family is considering a civil claim against Pistorius, a Paralympic sprint star.

Pistorius, 26, has admitted to firing several shots at her through a locked bathroom door at his Pretoria home in the early hours of February 14 but says he mistook her for an intruder.

Michael Steenkamp also confirmed that the family were planning to scatter Reeva's ashes at Bloubergstrand, a beach outside Cape Town.

"That is what Reeva's wishes were," he said, adding that her grandfather's ashes were also scattered there.