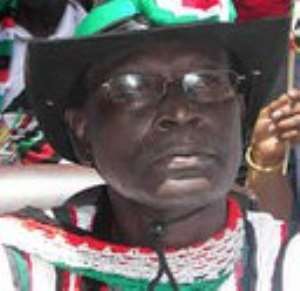 Institute of Economic Affairs (IEA), an Accra-based Ghanaian public policy think tank, has expressed displeasure over the persistent budget deficit, due largely to profligate spending by the present and successive governments.

According to the IEA, the budget out-turn in 2012, is to say the least disappointing. The budget deficit of 12.1% of Gross Domestic Product (GDP) is nearly double the revised estimates in July 2012 of 6.7 of GDP and nearly triples the original estimate in November 2011 of 4.8% of GDP.

The deficit comes close to that of 8.5% revised (14.7%) recorded in 2008 (election year) and seems to repeat the election-year cycle of fiscal excesses, a Senior Economist at IEA, Dr. John Kwakye told some journalists in Accra.

He was quick to observe: 'The sharp increase in the deficit emanated almost entirely from the expenditure side.  At GHC16.7 billion or 22.3% of GDP, revenue and grants was only 1.5% below budget.'

Also, Dr Kwakye lamented over the skewed nature of budgets in favour of recurrent expenditure and against development spending, saying 'this is something that should worry all of us.'

The excess spending was accounted for exclusively by recurrent expenditure, which totaled GHC16.7 billion depicting 22% above budget, he stated.

Even after the GH¢1.0 billion or (18% above the budget) excess spending on the wage bill, the renowned economist stated that some arrears were definitely being carried into 2013.

In his own words:
'The mounting wage bill-whether measured in terms of GDP or revenue is alarming and something needs to be done about it.' He continued: 'During 2007-12, the wage bill has risen steadily from 6% to over 9% of GDP and from 39% to over 50% of domestic revenue. This is unsustainable'.

Dr. Kwakye, therefore, noted that: 'if a subsidy is not paid to provider institutions, then it causes further financial stress to the institutions which are already under-recovering their costs.'

In the circumstance, they (provider institutions) may have to fall on banks for accommodation, with potential risks for the banking system, he added.

Commenting on the debate on possible tariff adjustments, he said this must be considered against the backdrop of high inefficiencies in the provider institutions, including due to losses from generation and distribution, unpaid and uncollected bills, illegal connections, and corruption.

The IEA senior economist quickly added that the declared costs must be purged of these inefficiencies before arriving at genuine tariff adjustment.

Similarly, on interest payments, government exceeded its target by 11 per cent and again went overboard on other undefined items by 25 per cent, he added.

Dr. Kwakye said this trend cannot be allowed to continue since it is unsustainable and asked government to invest more in infrastructure, energy, human capital, technology create more employment opportunities and income.

He added that government should directly support the manufacturing sector through affordable credit, energy and relevant infrastructure as well as through conducive trade policies, including those that avoid dumping of subsidized products in Ghana.

As a result, Dr. Kwakye appealed to the government to rather channel more resources to sectors that have the greatest potential of making impact on long term growth and development of the country.

Touching on the 2013 budget, Dr. Kwakye kicked against increases income tax, corporate tax and VAT rates because they are already high, but he welcomed increases in other rates in the budget.

He added the 2013 budget did not indicate ways how government plans to broaden the tax base such as roping in more of the informal sector operators.

Dr. Kwakye recommended that the government should consider exploiting property tax and reduce the level of tax exemption to help increase country's tax base.