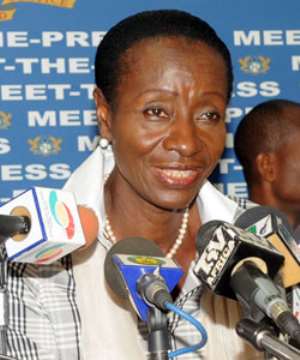 Four opinion leaders in Ho have called for full-scale investigations into the alleged GHS200,000 fraud case involving some officials of the Volta Regional Hospital in Ho.

The leaders also called for the immediate interdiction of the four officials to pave the way for them to be thoroughly investigated.

According to them, it would be inappropriate for people being questioned by the Bureau of National Investigations (BNI) to continue to be at post when investigations had not been concluded.

Togbe Howusu XII, the Warlord of the Asogli State, who spoke on behalf of the chiefs and people of Ho, said it would be wrong for persons under investigation to be at post when the issues being investigated had to do with their various positions.

The need for them to step aside, he explained, was to avoid the situation where they could tamper with evidence, since the matter was still being investigated.

“If they are found culpable,” he said, “they must be made to face the full rigours of the laws.”

Four officials of the Volta Regional Hospital — the medical superintendent, Dr George Acquaye; the administrator, Madam Rejoice Blebu; the accountant, Mr Joseph Annan, and the storekeeper, Mr Richard Katapu — are being questioned by the Bureau of National Investigations (BNI) for allegedly siphoning GHS200,000 belonging to the hospital.

Speaking to the Daily Graphic in an interview, Togbe Howusu warned that if the officials were not asked to step aside for investigations to continue, the common people might be compelled to chase them out.

According to Togbe Howusu, he and some Chinese investors recently visited the hospital to learn at first-hand some of its challenges, with the view to finding external assistance for the health facility.

“They painted a bleak picture of the lack of logistics and their inability to maintain the mortuary, but if now they have such an amount which they can allegedly embezzle or plan to embezzle, then the problem with that hospital starts from the head,” he said.

Mama Atrato III, the Queenmother of Ho-Dome, who is the spokeswoman for the queenmothers and women's groups in Ho and beyond, said whoever gave the information out on that deal was a real patriot and needed to be commended for others to emulate.

Mama Atrato, known in private life as Madam Josephine Dzah, a security expert with over 40 years' experience in investigations, said it was only proper for those 'fingered' to step aside, while investigations were underway.

The Ho Presbytery Chairman of the Global Evangelical Church, Reverend Emmanuel W. Ashigbui, who expressed a similar view, said “for justice to prevail, the people being questioned by the BNI must step aside for investigations to be completed”.

Mr Richmond Edem Kpotosu, a civil rights activist, said if the allegation was true, then the actions of the officials involved amounted to a stab in the back of the government, saying while the government was working hard, amidst clear challenges, to make life better for the ordinary Ghanaian, “a few could decide to do this”.

Mr Kpotosu, the Chief Executive of CHAUFRA, a non-governmental organisation, underscored the need for the suspects to step aside for the conduct of proper investigations, adding that when found culpable, they should be properly placed before the law, but if found innocent, they should be re-instated and compensated.