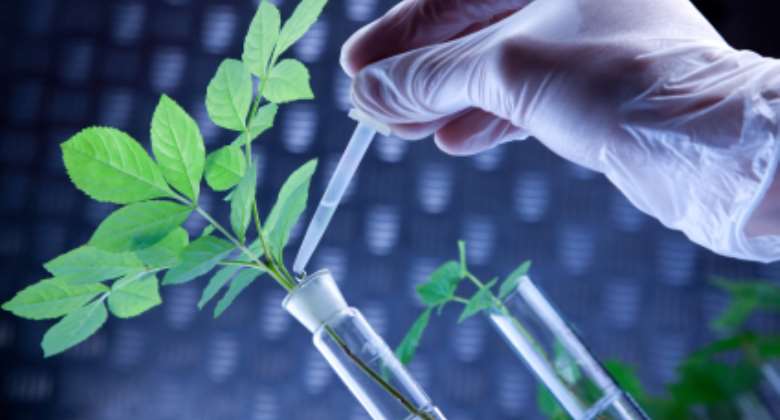 A number of agricultural scientists anticipate great benefits from biotechnology in the coming decades to help meet our future needs for food.

Serious arguments have been raised antagonizing the propagation and introduction of Genetically Modified Organics (Biotechnology) in our farming practices.

Nonetheless, organizations like the African Agriculture Technology Foundation, as well as OFAB and some agricultural scientists in the country believe more work can be done on the safety of GMOs and their benefits to the agric sector as the country strives to achieve food security for the current and coming generations.

Biotechnology, according to the Wikipedia is the use of living systems and organisms to develop or make useful products or better still any technological application that uses biological systems, living organisms or derivatives thereof, to make or modify products or processes for specific use.

By virtue of the aforementioned definition, biotechnology sees to the transfer of genes from one species to the other in order to perform a specific function.

In the case of seeds, proponents of modern biotechnology believe the transfer of genes can guarantee a healthy germination of the crop due to the potency in the trait of the gene transferred.

In some cases, the seed can even have a resistance trait that can stand drought and also minimize the application of fertilizer which will also deflate cost to the farmer.

In brief, the farmer who cultivates modern transgenic and hybrid seed is always assured of high yields as compared to those inclined to conventional farming practices-according to proponents of GMOs.

For instance in the case of the United States transgenic varieties and hybrids of cotton, maize, and potatoes, containing genes from Bacillus thuringiensis that effectively control a number of serious insect pests, are now being successfully introduced commercially and it is believed the use of such varieties will greatly reduce the need for insecticides.

The stories surrounding GMOs seem to provide some major answers facing the country's agric sector, specifically, farming; however, demystifying modern biotechnology to the farming populace creates another hurdle that proponents of GMOs will have to overcome.

Anti GMOs campaigners create the impression that GMOs can rob the soil's fertility, thereby, making it unproductive for cultivation.

Some religious lenses branding GMOs as an agent of “Anti Christ” also leaves much to be desired, since, such pronouncement have left an indelible mark in the minds of many strict puritan rural farmers.

But for Ghana to even accept the importation of GMOs needs legal backing, at a media training workshop on effective reporting of agriculture biotechnology held in Aburi-Ghana, Eric Okoree a focal person for the National Biosafety Authority told participants, that, the Ghana National Biosafety Committee (NBC) has approved three applications for confined field trial of Living Modified Organisms (LMOs) in Ghana.

“It is hoped that these trials will offer Ghanaian scientists the opportunity to enhance their knowledge on the use of Living Modified Organisms in the country” Eric Okoree stated.

The workshop also placed the participated journalists as one of the core agents to demystify and disseminate the importance of agricultural biotechnology to stakeholders, especially, small holder farmers.

Notwithstanding, organizations like the Biotechnology and National Agriculture Research Institute, OFAB, CSIR and other independent agricultural scientists are delving into deep research to unravel all the so called “Mysteries” surrounding GMOs through trials as authorized by the National Biosafety Authority in Ghana.

Perhaps, it will be worthwhile, that stakeholders are involved and briefed on various scientific researches into the application of biotechnology in order to unlock the minds of all concerned stakeholders.