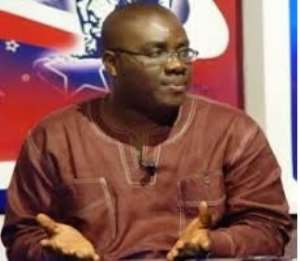 According to Mr. Awuku the country is inching closely to a situation of hopelessness, which must be rescued as a matter of urgency.

Speaking Monday on Dea Mehunu on Adom FM and Asempa FM, Mr. Awuku accused President Mahama and the ruling NDC of taking the nation for granted.

He said the president does not appear to have a clue to the problems facing the country, particularly the energy and water sectors, which he said have brought hardship to the people.

The Presidency on Monday announced the shuffling all 10 Regional Ministers, explaining that, it was necessitated by his desire to have the ministers focus mainly on the political and technical coordination of development efforts.