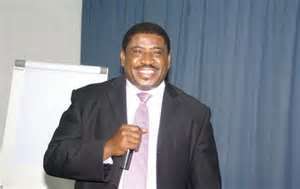 Traders engaged in business activities along the Ghana-Togo border have expressed concern over the rampant extortion from them by the Ghanaian security agencies.

According to them, though they pay all dully recognized taxes at the borders to the Customs Division of the Ghana Revenue Authority, they are still subjected to financial harassment by the law enforcement agencies.

They have, therefore, appealed to the relevant authorities to rein in their subordinates, to ensure the free movement of goods and services along the border.

Speaking in an exclusive interview with The Chronicle at Nyive, one of the border communities in the Ho Municipality, some of the traders alleged that after they had paid all their legal taxes at the border, some of the Customs personnel would chase them on their way to their various destinations, and use all manner of subterfuge to extort money from them again.

According to her, depending upon the type of goods being carried, the Ghana Revenue Authority officials extort between GH¢500 and GH¢1,500.  No receipt is issued to cover the payment, thus imposing a financial burden on the traders.

The traders further told The Chronicle that monies extorted from them far exceeded the official duties they pay at the borders.

According to them, one of their colleagues was recently confronted by the security men, demanding the illegal money from her, and when she failed to give them the right amount, one of the officers gave his cell number to the lady to call him (custom officer) when she gets the rest of the money.

According to them, the alleged Customs officer directed the trader to the second floor of the Customs Regional office in Ho, but to her (trader's) surprise, the security officer who claimed to be a staff of the Customs Division happened to be police personnel on the second floor of the Volta Regional Police headquarters in Ho. This development compelled the trader not to pay the rest of the money.

A senior officer at the Customs regional headquarters in Ho confirmed the story of the traders to The Chronicle in a follow up interview. The officer, who spoke to this reporter on condition of anonymity, said they had received such complaints from the traders.

He, however, thinks some of the sister security agencies were doing the extortion, using the name of the Ghana Revenue Authority. The officer appealed to the traders to muster courage and approach them with official complaints, to enable them to get to the bottom of the matter.

http://ghanaian-chronicle.com/wp-content/uploads/2013/03/alhasan.jpg The Volta Regional Police Public Relations Officer, Chief Inspector Joy Afagbedzi, on his part, said the Volta Regional Police Command had not received any official complaint from the public, in relation to police personnel extorting money from traders, and stressed that extortion was an unprofessional conduct.

Chief Inspect Afagbedzi said the Regional Police Command would treat the issue of police involvement in the extortion of money from traders as a rumour, however, the police administration in the region would activate its intelligence network to find the veracity or otherwise of the allegation.

Mr. Afagbedzi pointed out that the police largely depended on the general public to volunteer information, particularly, on the alleged extortion of money by police personnel from the traders, and urged the members of the public to report police personnel involved in the illicit conduct to the Command for the appropriate action to be taken.

He reminded the public that they served as a peer review mechanism to put the police on the right footing, and that the identities of informants would always be protected.

Ex-I.Coast president Gbagbo warns of 'disaster' in upcoming ...
54 minutes ago