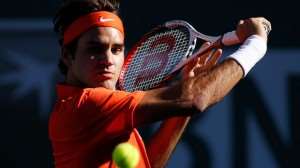 Roger Federer expeditious on the tennis court of the 1000 Indian Wells Masters. After 57 minutes in his first outing, the Swiss of South African mother, spent 1h 01 min tonight to bend his match against Ivan Dodig. The World No. 2 only conceded four games to beat the Croatian 6/3, 6/1.

In the next round Federer will face an old acquaintance, and fellow patriot and accomplice in the selection, Stanislas Wawrinka . The No. 18 in the ATP qualified for the knockout stages at the expense of Lleyton Hewitt, 6/4, 7/5.

If he passes the Wawrinka cap, Federer could meet his old friend Rafael Nadal in the quarter-final for a classic in men's circuit, provided that the Spanish does the same against Gulbis.