A Plea To Mission Hospitals 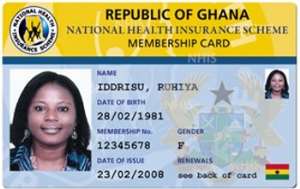 Ordinarily, access to health care in many societies is expensive.

Sometime ago, Ghana practised what was known as cash and carry under which people in dire need of medical care had to pay before they were attended to. The policy did not take into account the plight of indigents who could not afford to pay for health care. Many people lost their lives in avoidable circumstances just because at the time they needed critical care they did not have the means or they were too incapacitated to provide the means.

Access to health care then became a nightmare for majority of our people.

The Kufuor administration in 2004 introduced the National Health Insurance Scheme as a major social intervention to deal with the cash-and-carry system.

The scheme faced many challenges, including the slow response from some of our compatriots who thought that the exercise was meant to provide a database for tax purposes. Even today many of our people have not registered with the scheme for various reasons, including the politicisation of everything under the sun in our country.

The Daily Graphic is aware of the teething challenges facing the scheme, such as delay on the part of the government in reimbursing service providers and fraudulent deals by some of the service providers.

In spite of these challenges, we are convinced that the scheme offers the best solution to health financing in the country. It is in this vein that we urge everybody to lend a hand to the scheme to ensure its success.

Again, we are not oblivious of the usual partisan politics that afflicts the scheme, to the extent that debate on the problem has not been devoid of the usual polarisation of matters of national concern.

Be that as it may, we think Ghanaians ought to break away from the past and look at issues from a national standpoint, instead of with a sectarian pair of spectacles.

Besides the teething problems confronting the health insurance scheme, there are other issues in the health sector such as the frequent laying down of tools by health professionals. It is, therefore, unfortunate that the Christian Health Association of Ghana (CHAG) has decided to resort to the cash-and-carry system in all mission hospitals because the National Health Insurance Authority owes those hospitals millions of Ghana cedis.

The Minister of Health last Friday promised to address the payment challenges by yesterday. We know that with the bureaucracy in the system, it was not going to be possible for the mission hospitals to receive payment for work done, even if the cheques were handed over to them yesterday.

We appeal to CHAG to continue to dialogue with the government, with the view to finding a solution to the problem. Its option to reject national health insurance card holders who report to their hospitals for cash and carry can only be a recipe for disaster. Ordinary people in whose interest the scheme was introduced will suffer the consequences of that action.

The Daily Graphic calls on CHAG to rescind its decision and remain at the negotiation table until the matter is resolved. We equally call on the government to keep faith with members of CHAG by keeping to the timetable to pay the hospitals what is due them, so that they can continue to offer good health services to the people.